What ever happened to that football helmet? 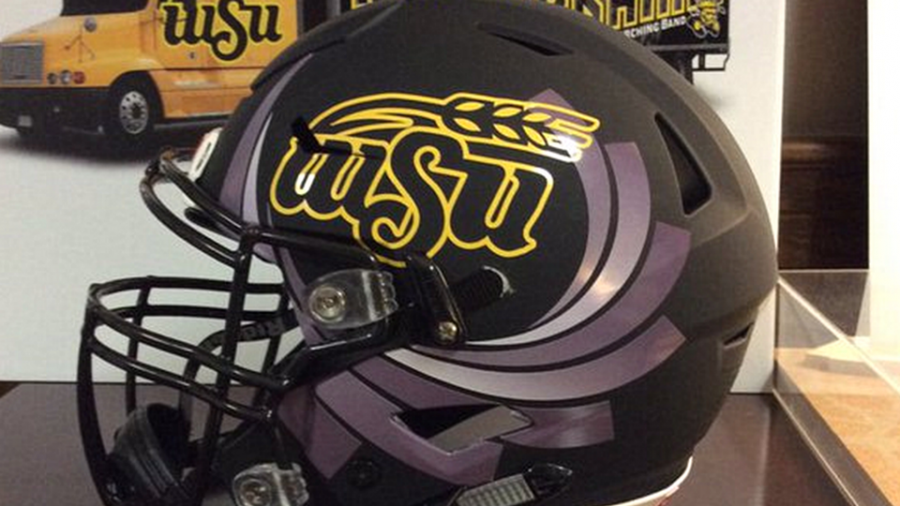 ichita State President John Bardo has a history of teasing the idea of football.

In early 2016, Bardo tweeted a picture of a football helmet with the comment, “So this arrived…” The helmet continues to sit outside his office in Morrison Hall. That was the start of Bardo’s quest to revive a sport that’s been missing from the university for more than 30 years.

WSU ended the football program in 1986 due to low attendance, falling enrollment, and uprising program costs.

Bardo is an alumnus of Ohio State and Cincinnati — schools with premier college football programs. Could he be the one to revive the sport at WSU?

Fast-forward a year past the infamous football tweet and WSU joined the American Athletic Conference as a basketball-only member. Conversations about the future of football were quickly put on the back burner.

But are those conversations entirely over?

“Doors are never closed on these kind of issues,” Bardo told The Sunflower this week. “Nobody ever says ‘no’ forever. If the interest is there and people are willing to make it work, then I’d be right there with them.”

Buzz around Wichita was significant, Bardo said, but donor money never found its way into the conversation.

“What I didn’t find were the donors,” Bardo said. “Didn’t find that at all.

Outside dollars would need to come in for WSU to make a move on football. The university spent $60,000 on a 69-page feasibility report in 2016. The analysis put a price tag of $40 million on a startup facility and estimated a $6 million annual budget for the FBS-level program Bardo wanted. Broken down, that plan includes at least $30 million for a practice facility and updates to make Cessna Stadium compliant with today’s ADA standards. 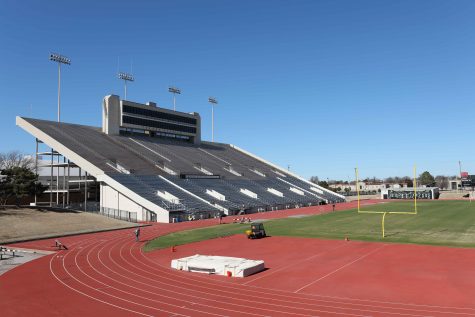 “What it boiled down to was everybody wants it, nobody wants to pay for it,” Bardo said. “[Football] is not something we’re going to spend a lot of time on unless the external situation changes where people change and decide to put money into it.”

WSU’s conversations about football got serious while the school was considering jumping conferences. Conferences like the Mountain West and Atlantic 10 might have required football. The American did not.

“By the time we got to the American, I think the AD (Darron Boatright) and I had come to the conclusion that there wasn’t an opportunity to do football in the near time at the level that we needed to do it to make us and the community proud,” Bardo said.

Reviving a football program is likely a five-year plan from announcement to kickoff of the first game. Bardo is unlikely to see the sport’s return in his tenure at WSU.

“I feel that if it ever happens, it’s going to happen down the road,” Bardo said. “I think all of us at the end of the day were disappointed that there wasn’t more excitement to step up and do this.”