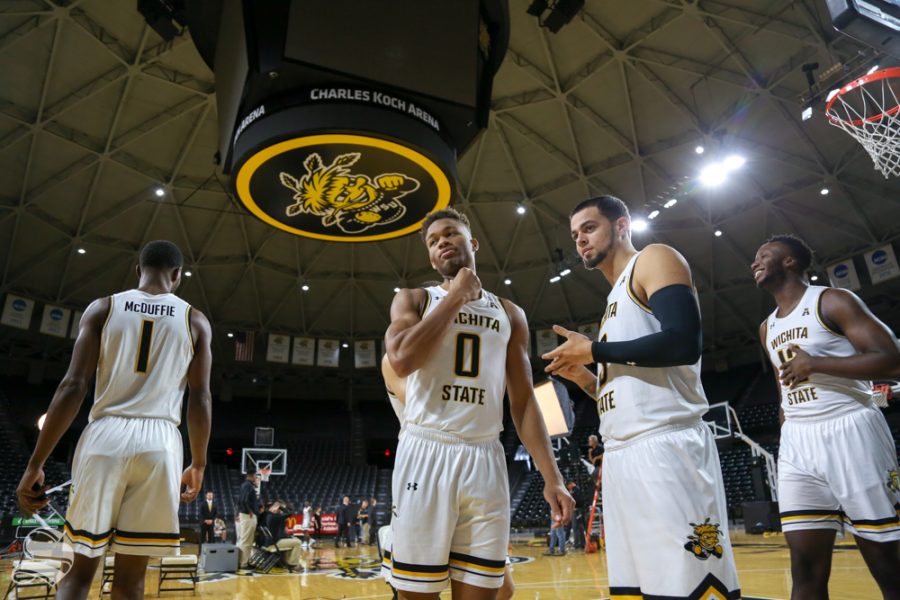 McDuffie, Dennis, Torres, and Udeze hang out during media day at Koch Arena.

Wichita State is ranked No. 72 in KenPom’s preseason rankings.

The Shockers finished No. 21 in KenPom’s rankings last season.

WSU is the fifth-best American Athletic Conference team in KenPom’s rankings. Southern Methodist (37), Cincinnati (44), Houston (45), and Central Florida (72), all were ranked ahead of the Shockers. The University of Kansas is No. 1 in the rankings.

KenPom’s scouting report has WSU playing five Tier A games. A game in Tier A represents a top-50 opponent with adjustments for the location of the game. KenPom predicts scores for all games. The projections have WSU losing all Tier A games.