Jamarius Burton credits his game to his mother 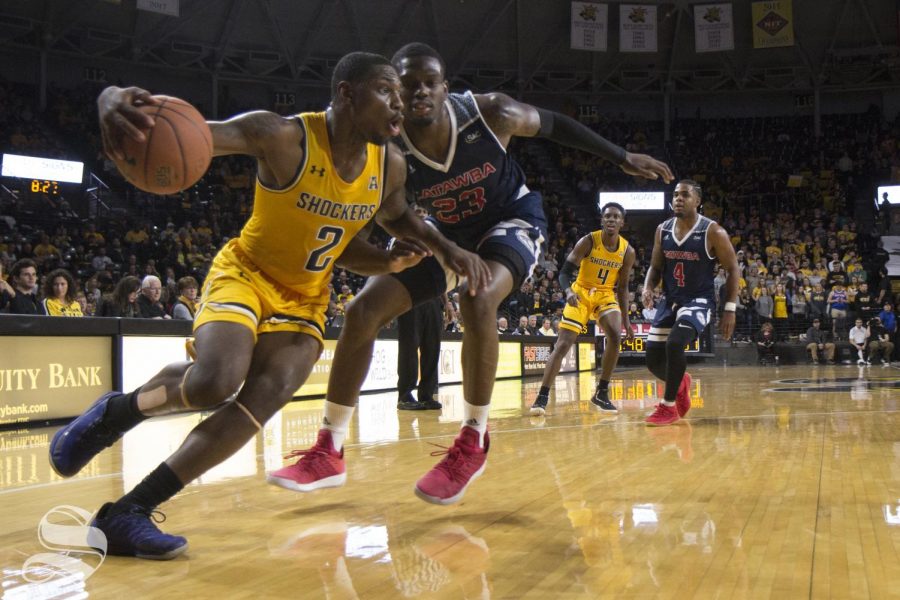 Freshman guard Jamarius Burton is referred to by his teammates as “Grandpa.”

“He has a lot of grandpa traits,” Wichita State freshman Chance Moore said.

“Jamarius is granddad because all the time, we’ll be in the locker room and we’ll be like, ‘You trying to have open gym today?’ and Jamarius will be like, ‘My knees are already a 10. I’m going to have to go home and take a nap,” Moore said.

Burton, who tore his ACL in high school, will spend extra time after practice putting oitment on his knees and stretching, Moore said.

It was the women in his life who taught him to how to play. His mother was either a coach or a referee.

She didn’t let him waste time on the court. She’d have him do drills on the sidelines while his sisters played.

“I didn’t like all of it, of course,” Burton said of his mother’s push. “It was all in my best benefit to get better as a player.”

He was in the YMCA with his mother “night-in and night-out.” She was always teaching.

Burton said he learned the game by asking his sisters questions.

“They’ve been my biggest cheerleaders since I started playing,” Burton said.

Burton, a freshman from Charlotte, North Carolina, said he wants to set an example for younger guys in his home state.

“I feel like me being here inspires the younger kids that went to my high school and watched my bounce back from my ACL,” Burton said. “Those kids who have seen me are all inspired by my ability to bounce back.”

Burton said he is meshing well with his freshmen counterparts. The team has nine new scholarship players this season.

“These guys are like my brothers now,” he said. “Since my first week here, I’ve been able to connect. It’s been good growing and learning together.”

Gregg Marshall has praised Burton for his mature presence on the court.

“He’s got a very mature way about him, and not just in his basketball game,” Marshall said. “He’s just really mature and an old soul. He’s really methodical, doesn’t get sped up, and handles situations well.