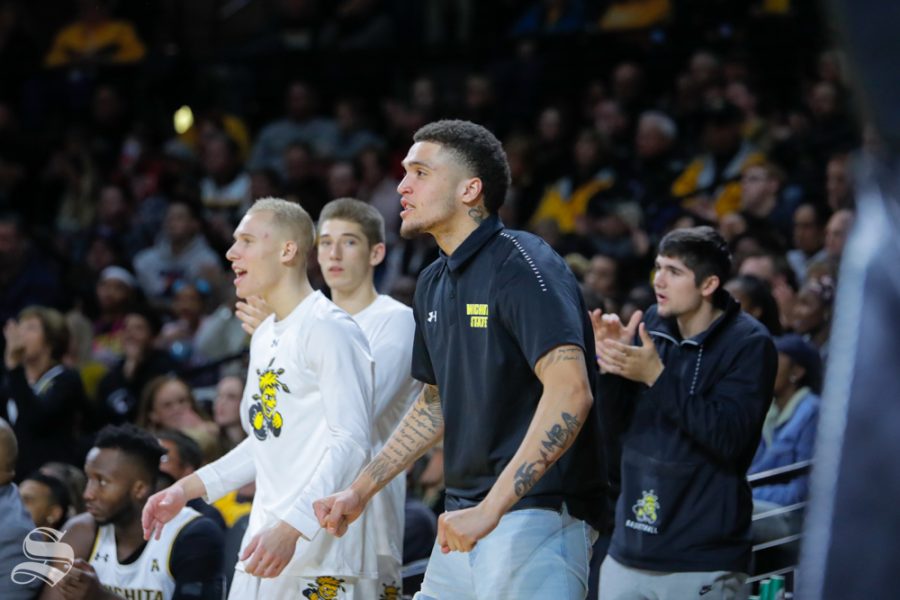 Wichita State's Teddy Allen cheers on his teammate during their game against Louisiana Tech in Koch Arena on Nov. 6, 2018.

The NCAA could make a decision on Teddy Allen as soon as Monday.

The NCAA listed a new deadline of Nov. 19 to C.J. Moore of The Athletic. The NCAA sent more questions to West Virginia, Allen’s transfer school, to add clarity to their investigation. This pushed back the deadline for the decision.

The waiver asks the NCAA for Allen to forgo sitting out the mandated academic year for transfers. Allen transferred from West Virginia after one season.

WSU must demonstrate that Allen’s transfer was due to “documented mitigating circumstances … that directly impacts the health, safety or well-being of the student-athlete” for a waiver to be granted.

Allen lost his mother to cancer the spring he signed with West Virginia. Part of Allen’s case is that Wichita is a five-hour drive to his support system in Boys Town, Nebraska. WSU must prove that Allen’s case is not a “basketball move” but a decision made for the benefit of Allen’s well-being.

Boys Town is a residential treatment center outside of Omaha that assists children ages 5 to 18 who display behavioral problems. Allen was diagnosed with ADHD, bipolar disorder, and depression, according to Moore’s report.

The NCAA has a history of being closed-minded with these requests, but have been more lenient granting waivers this season. Jordan Horn, Trae Berhow, Braxton Key, and Mustapha Hernon, among others, have all been granted waivers this season for similar requests.

WSU is five games into its regular season. The Shockers have a record of two wins and three losses.