What led to Wichita State’s 32-point loss to Oklahoma 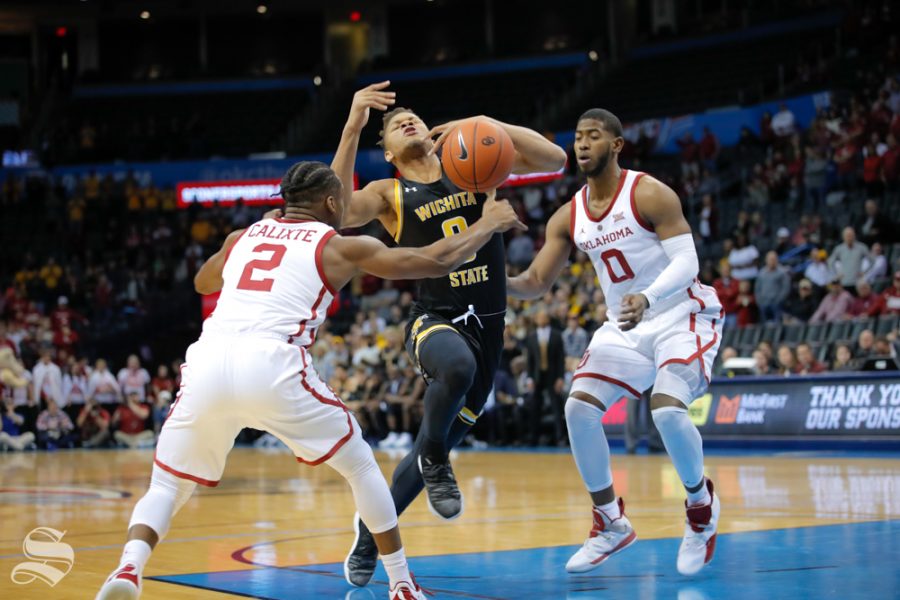 Wichita State guard Dexter Dennis gets fouled during their game against the University of Oklahoma at Chesapeake Energy Arena in Oklahoma City on Dec. 8, 2018.

To say Wichita State struggled offensively against Oklahoma would be an understatement.

While posting its worst shooting percentages in 21 years, WSU scored just 48 points against a team that was picked to finish second-to-last in Big 12 media polls.

“Some of them from guys who haven’t hit a three-pointer all year long.”

Marshall said his biggest error was not telling players to think about the NBA three-point line at Chesapeake Energy Arena, home of the Oklahoma City Thunder. NCAA three-point lines were marked on the court.

“We elected to show the world that we could hoist one from behind the three-point NBA line with no chance of going in,” Marshall said. “We were horrendous in our execution. Horrendous.”

Erik Stevenson, who has averaged above 50 percent from the field in the three true home games this season, was scoreless on five missed shots.

In the second half against Oklahoma, WSU had just six made field goals from five different players. Forward Jaime Echenique had the only second-half three-pointer for the Shockers.

“We need to share the ball, but we’ve got to try and break the defense down and get to the paint, either by the pass or the drive, to get the defense to contract and find the open player,” Marshall said. “In the second half our inability to make a basket started to affect us on the defensive end.