Brinkley on infrastructure fee hike: ‘They’re going to push through with it one way or another’ 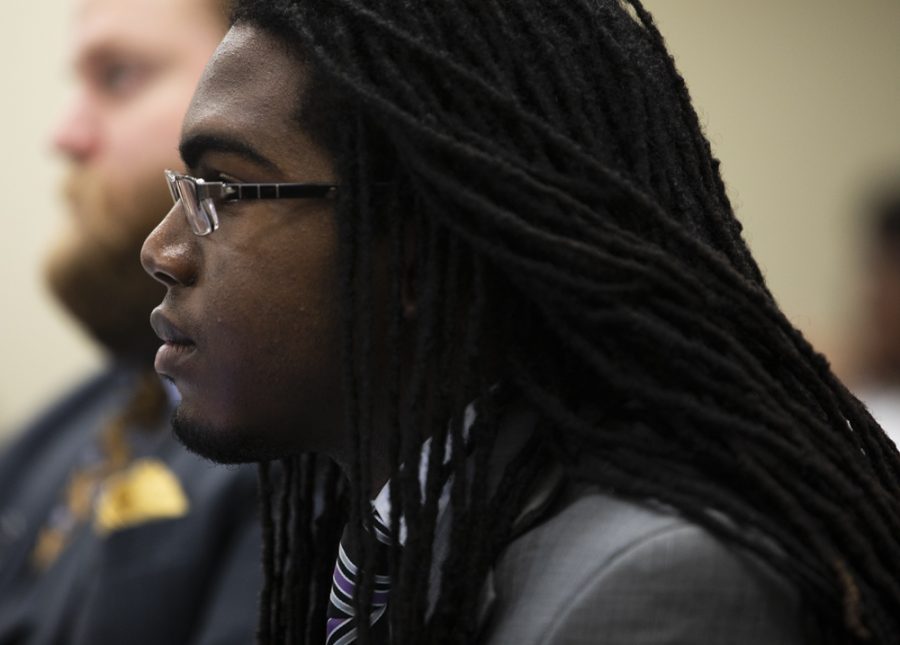 SGA President Kenon Brinkley is a member of the infrastructure student steering committee.

Next March, Wichita State students will vote on a proposal to raise the infrastructure student fee by roughly $90 a semester to upgrade campus facilities for each college. State law requires WSU to hold a referendum before raising student fees to bond money, but the university could still seek approval from the state without student support.

Student Body President Kenon Brinkley said students can expect to pay for facilities upgrades even if the initial referendum fails.

WSU created a student steering committee to garner support for the proposal, which is being billed as “student-driven,” but university administrators have signaled that they may not settle for an unsatisfactory result in March.

“I can’t speak to whether [the proposal] will go forward if the referendum fails,” Provost Rick Muma told The Sunflower last month.

Brinkley said it would be a bad look for WSU to disregard the will of the student body, but he understands students’ concerns that their vote might not count.

In the spring of 2017, the university sought student approval to bring a YMCA and updated wellness center to Innovation Campus by way of a student fee increase. Student government was told that if they voted against the YMCA partnership, it would not move forward, but two months after the initial proposal failed, a new Student Senate voted in favor of the partnership.

“They say they’ve learned from the Y and they want to make sure their messaging is on point,” Brinkley said. “Okay, I’m hearing from students that if it turns out to be that their vote doesn’t count, it’s going to be really hard for the university to navigate public perception in the future.”

As a senator, Brinkley voted against the initial YMCA proposal and was absent from the second vote, when the partnership was approved. He said WSU will likely reevaluate and make another infrastructure proposal if the March referendum fails.

“If the students cast a vote against the proposal, the university is technically not wrong for submitting another proposal,” Brinkley said. “You guys said no to this. Let’s revamp it and figure out what you will say yes to.”

Last month Vice President for Student Affairs Teri Hall told The Sunflower that if the referendum fails, it will be because WSU “didn’t put the right package of things together to students to get them to support it.”

“That would mean we’d have to go back to the drawing board and say, ‘If it doesn’t pass, what would pass?’ and get more student input about what makes the most sense and what would they support,” Hall said.

More than half of the money raised by the proposed fee would go towards the construction of a new business school on Innovation Campus. 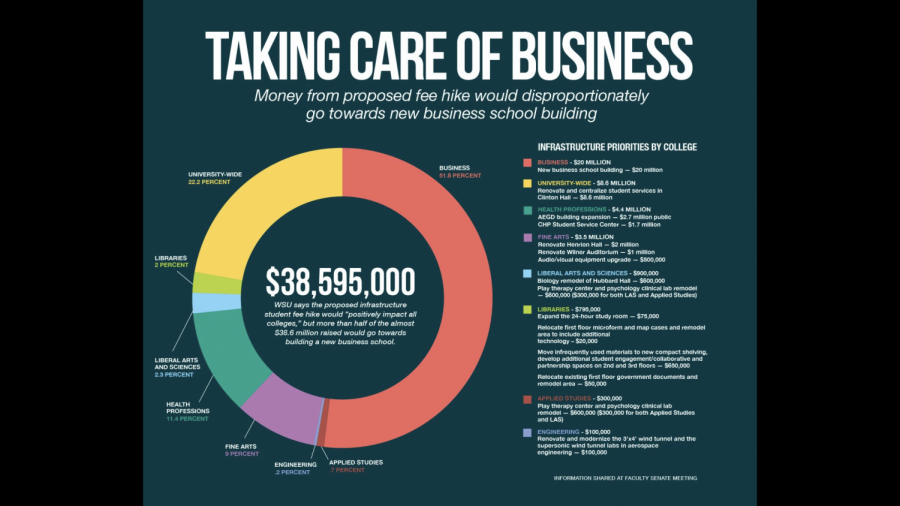 The WSU Foundation has already raised nearly $30 million of the roughly $50 million necessary to construct the business building, and Hall said there is no feasible alternative to students paying for the remaining $20 million.

She said there are other infrastructure priorities that must also be addressed no matter how students vote in March.

“I think some of the changes in Henrion are health and safety things that are really critical that they have happen,” Hall said.

Brinkley said WSU should strive to maintain the trust of its student body.

Hall said this is a chance for students to “pay it forward” by investing in the future of WSU.

“I’m hoping that when we look at all of the things that are proposed to fix, that students can see, not only will they benefit, but others that are coming after them will benefit as well,” Hall said.

WSU’s last referendum to raise student fees was in 2010, when students narrowly voted to support a $6 per credit hour student fee to pay for the renovation of the Rhatigan Student Center. WSU students will continue to pay off the RSC improvements for 12 more years.

An undergraduate student receiving in-state tuition and taking 15 credit hours at WSU next semester will pay $781.18 in student fees.