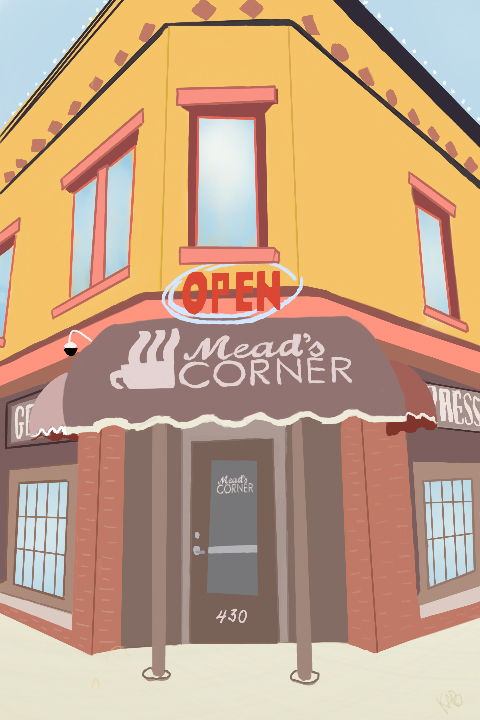 History is being demolished so a new chapter can be written.

Mead’s Corner, a building with triple historic registry designation, is getting the wrecking ball. To replace it? A four-story office and retail building.

The development at Douglas and Emporia is being done by TGC, the same company working in partnership with the city to redevelop the nearby Spaghetti Works District and redesign Naftzger Park.

It’s a balancing act. On one hand, you want to preserve the city’s historic roots. On the other, you want to make sure the city’s flourishing — especially the parts of the city that sometimes get overlooked.

“It’s kind of sad to see a historical part of Wichita go away,” said Josh Ward, general manager of Roxy’s Downtown, a performing arts theater near Mead’s Corner. “But at the same time, with the growth TGC is bringing, it’s going to hopefully revitalize this stretch of Douglas, which at times almost feels like it’s forgotten about.”

“We’re kind of in that little center area that needs something a little more fresh to help us get going again,” Ward said. “So for us, we see it is a positive thing.

“We don’t see the building going down as a positive thing, but outside of that, the growth and potential this brings to this part of Douglas … it’s a positive thing for everyone around here.”

Roxy’s has been in their downtown location for about four years. Stewart’s Jewelry, in the same area as Roxy’s and Mead’s, has been there 39 years.

Danessa Stewart, manager of Stewart’s Jewelry, doesn’t see the demolition of Mead’s as much of a positive.

“It’s sad and disappointing,” Stewart said. “I hate to see them tear down the old buildings that are down here because there’s a lot of character to them.”

She, like others, fears that downtown is going to be overtaken by chains and corporate businesses.

Wichita is changing, and changing fast. Mead’s Corner, Lawrence Dumont Stadium, Spaghetti Works — many landmark locations are being leveled to make way for the future. But is the future we’re driving toward a good one? That’s a matter of perspective.

If you’re driven by economic value and view the city in terms of dollar signs, you’re probably completely sold on the direction downtown is going.

If you value culture and historical roots over cash, and would like to have a downtown rich in history — as opposed to one that’s just rich — the future may be alarming.

Somewhere in the middle, where the economic merit and history are equally valued, is the sweet spot. But here’s the thing: we are never going to be in that sweet spot. Change is always going to be difficult, whether that’s on one side or the other.

So yeah, make some sacrifices for the city’s future, if need be. But don’t undervalue the history we already have — because once it’s gone, it’s gone.