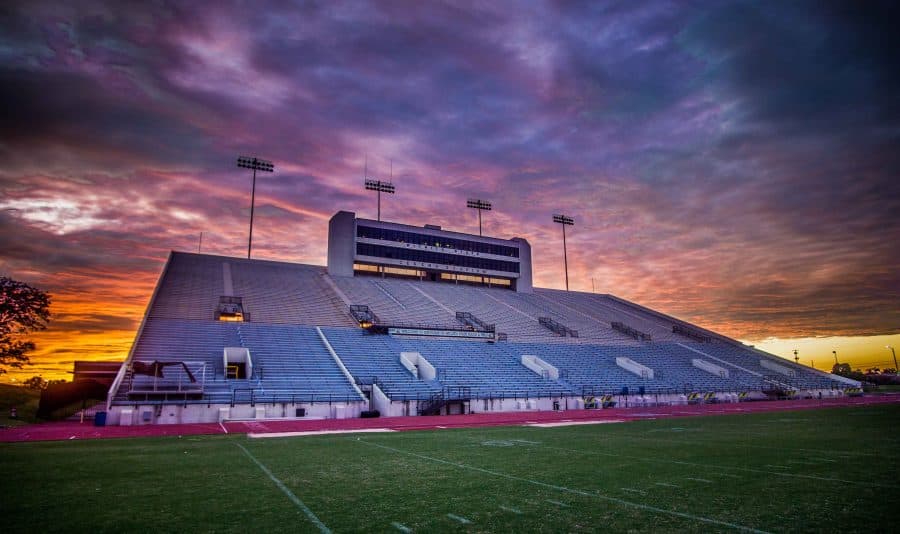 A man yelling curse words and “throwing objects” at people from the stands in Cessna Stadium was arrested by campus police following Sunday’s men’s basketball game against Temple.

You wouldn’t know that if you checked the campus daily crime log, unless you checked Tuesday morning, after police were asked about the arrest. The police department hadn’t updated it since the first of the year until Tuesday. Before that, the daily log hadn’t been updated in two weeks. During the summer, it wasn’t updated for a month straight.

The Sunflower was made aware of the arrest from a post on Reddit’s Wichita subreddit.

“While walking out of the Shocker game, there were sirens going off everywhere and all driving towards Cessna Stadium,” Reddit user wichitabyeb wrote Sunday. “Cops everywhere. As I walked to my car, I look up and see a man handcuffed and escorted out down the walkway of the upper level of Cessna Stadium by police.

“There were cops all running on foot towards the stadium as well. The man who was handcuffed was headed towards the west entrance of the stadium so I couldn’t see what was going on.”

The Reddit user was contacted for an interview, but did not reply.

Police Chief Rodney Clark, who began transitioning into the role of police chief over the summer and fully assumed the role in October, confirmed the arrest. Clark said he wasn’t aware the crime log wasn’t being updated, and said Tuesday afternoon he’d talk to department members and find out why.

“Who’s normally sending you [crime log info]?” Clark asked. When told it’s available on WSU’s website under the police department’s section as public information, Clark said it was something he’d look into.

“If there was a lapse in it getting out, I’d take responsibility for that,” Clark said.

“Safety’s our utmost concern,” Clark said. “I thought this situation was handled appropriately. He was able to be escorted off campus and down to the jail without a lot of incidence.”