Reyna Biddy’s ‘I Love My Love’ too self-indulgent 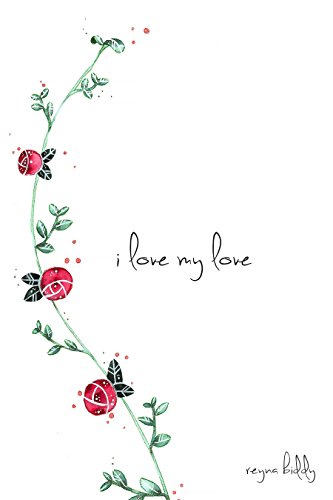 There is emphasis on filial duty in many a poet’s verse, and Reyna Biddy’s 2017 collection, “I Love My Love,” continues in that tradition. But what is the creative cost of honoring thy family? Biddy’s collection, like others of its kind that came before, aspires to do public good by celebrating family.

However, it may be espousing a world of selfishness as opposed to selflessness.

That’s not to say Biddy’s work doesn’t have its strengths. First of all, it shows adoration at the efforts of her single mother. “I’m so honored to be the result,” Biddy’s speaker states in awe of her own conception.

Biddy has a keen ability to sympathize with parental existence. She recalls her mother’s plight without hesitation. “I tried my best to remember how the lullaby went,” she says of her mother’s efforts as a parent.

Biddy also engages in a conversation between the maternal and paternal struggles as equals. Her work is filled with hope among the uncertain faith towards parents.

“I watched my father take the form of an earthquake”, Biddy says of her father in one poem. Knowing that her father was capable of such violent behavior moves the author’s reflection.

So too, Biddy acknowledges that the small indulgences of her broken family were to be adored. “Without soul food,” Biddy writes, “There is no growing.” A complex admiration towards her parents is clear in Biddy’s work.

However, this reflection tends to focus on the all-consuming poetic “I.” It’s a dangerously indulgent focus. How can we derive productive thought from a work so self-driven — one that focuses so much on the self and one’s own family interactions?

Because of this, Biddy’s work is a mixed poetic success. Without the influence of friends and family around her, the experience of Biddy’s poems might have been rather insignificant.