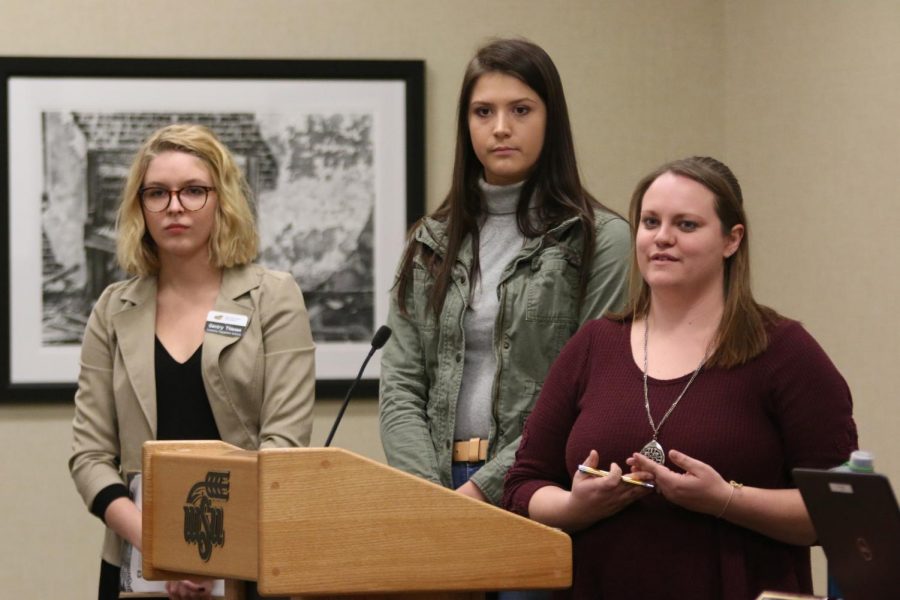 Monday’s committee meeting included a complaint by health professions representative Max Karst, who handles logistics for the committee. Few members of the committee, made up of students representing different colleges, have been signing up for town halls and tabling events, he said.

“We have a lot of blank spaces,” Karst said. “We had a tabling today, but nobody could do it.”

Students on the committee are tasked with gathering feedback from their respective colleges, and with making sure students are aware of what exactly’s happening with the referendum.

The Sunflower reached out to all 26 members of the committee in early January for input on the initiative and referendum. Only three members responded, one of them being Karst.

The committee meeting, which included 17 of its 26 members Monday, went into a discussion of alternate, easier to understand ways of presenting the $6-per-credit-hour fee increase, which will primarily fund a new business school.

Student Involvement Director Nancy Loosle pitched the idea of comparing the fee increase to “about twelve Starbucks runs” per semester.

Student Government Vice President Shelby Rowell shot that suggestion down, saying, “I’m not sure about that one — it may be a little patronizing.”

Committee members agreed that sticking to the numbers — by saying it’s about a .0225 percent, or $720 increase, for a four-year in-state degree — would be a better approach.