Muma: If student fee referendum fails, it will not be voted on again 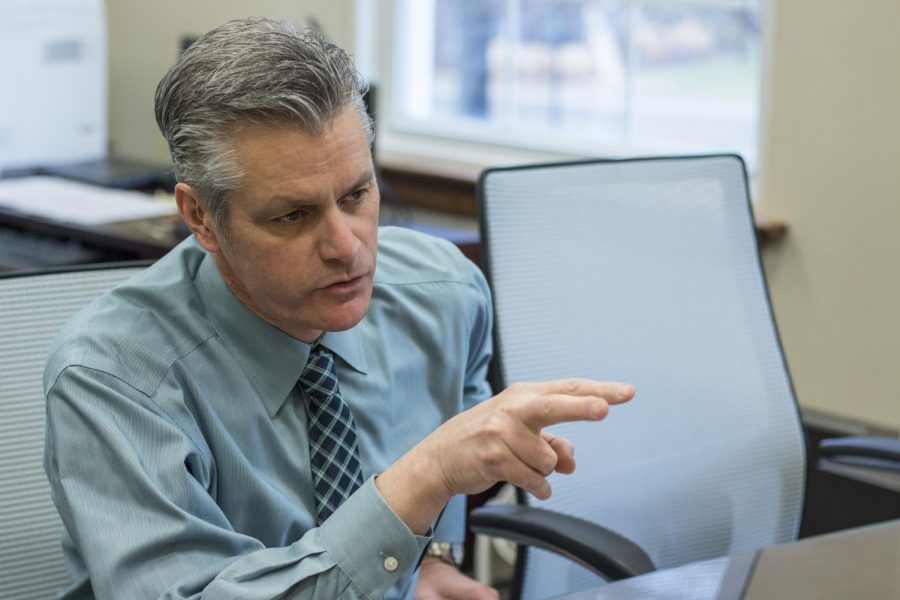 There won’t be a second campuswide vote on an upcoming student fee referendum if students vote the referendum down, Acting President Rick Muma said Monday during a Shock the Future steering committee meeting.

“If [the referendum] fails, all of the projects on this side of campus aren’t going to happen,” Muma said, distinguishing WSU’s “old” campus from Innovation Campus. The projects not on Innovation Campus mainly include building repairs and renovations, supported by a proposed $6 per credit hour student fee increase.

Muma was speaking to a steering committee member who had asked: “What if this fails?”

Business students would be given their own referendum to vote on, Muma said.

The new business school is the only completely new building proposed in the referendum.

At 120 credit hours, the campuswide $6 student fee increase would add about $720 to an in-state four-year degree. For a business-only referendum at $27 per credit hour, it would be about $3,240.

Students will vote March 4 through 6 on the referendum through an emailed ballot. There is no minimum number of cast student ballots for the referendum to pass. During last year’s student government election, 12.3 percent of the student body voted.

WSU has put large, student-fee increasing projects to a second vote in the past. After the 59th Session of SGA voted against a campus YMCA, administration proposed the Y to the 60th Session, where it passed.

Correction: Rick Muma did not say a business-only student fee raise would be around $27 per credit hour. He clarified that $30-$35 per credit hour would be more accurate. That would come out to $3,600-$4,200 for a four-year in-state degree.