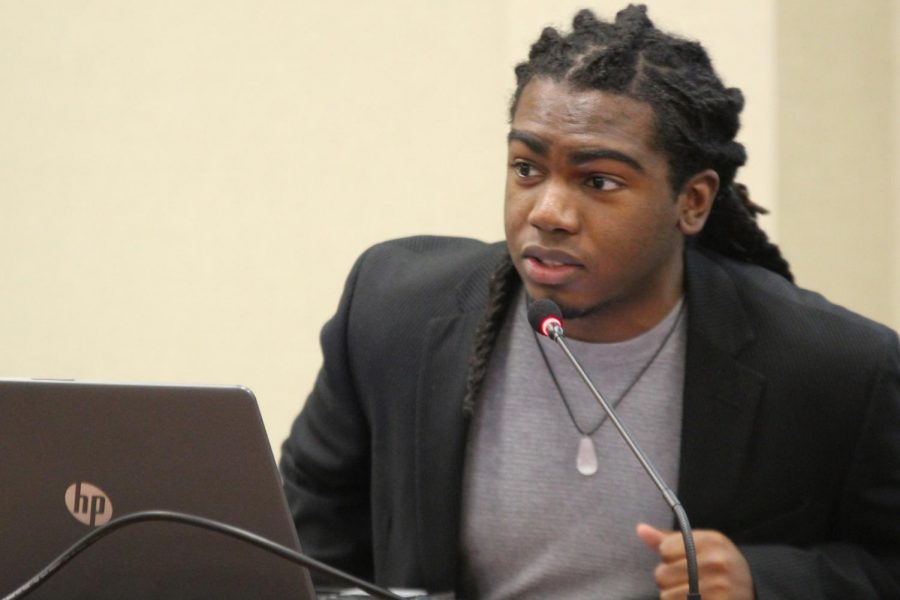 “The Student Government Association Cabinet is aware of an article published during the evening of Sunday, February 10 on Medium.com, alleging that the SGA President sexually assaulted the author,” read an SGA press release signed by Student Advocate Kitrina Miller and all SGA cabinet members except Brinkley.

The post alleges that, after multiple consensual sexual encounters, Brinkley had unprotected sex with the author, even though the two had discussed at length the importance of safe sex. The author writes that she did not consent to sex without a condom.

The author, whose name is published in the article, lives in Wichita but has never attended WSU.

The release states that the cabinet will meet throughout “the next few days” to discuss how it will address the allegations. According to the release, Miller will host discussions in the coming week to speak about “how to better address sexual misconduct as a University.”

SGA Director of Public Relations Andrew Martin said Brinkley did not sign the release because he was not in the SGA offices today.

“(I)t’s our policy when making these releases to avoid including names when individuals aren’t present to speak for themselves,” Martin wrote in a Facebook message.

Brinkley did not respond to multiple requests for comment.

He was not present at last Wednesday’s Student Senate meeting.

“I’ve had very minimal contact with him,” Student Body Vice President Shelby Rowell wrote of Brinkley in a Facebook message. “I think he’s sent us two texts since he was out last week.”

Brinkley was elected president in 2018 after running unopposed with then-Sen. Rowell on the “Revival” ticket. The two were the first to run unopposed in a student election at WSU since 2005.

Brinkley, a junior strategic communication major, served as a liberal arts and sciences senator in the 59th and 60th Sessions.

This story is developing and will be updated as more information becomes available.