Kenon Brinkley resigns as student body president, will be replaced by Shelby Rowell 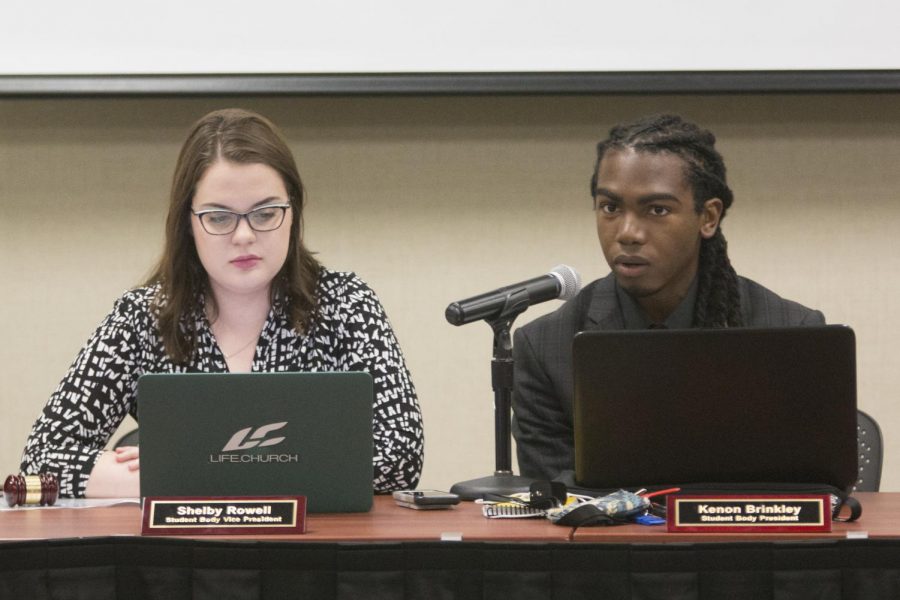 “I care about this university dearly, and have been honored to serve, but with a heavy heart I feel it is best for everyone involved for Student Government and I to part ways,” reads a portion of Brinkley’s written resignation, quoted in the release.

Brinkley was accused of sexually assaulting a woman in a personal blog post published Sunday evening. He has not responded to any of The Sunflower’s requests for comment since accusations surfaced.

Current SGA Chief of Operations Matthew Madden will be sworn in as interim vice president alongside Rowell at the meeting, which starts at 6:30 in the Santa Fe room of the Rhatigan Student Center. The release states that, because of a conflict with Madden’s class schedule, all remaining senate meetings of the 61st Session after tonight will start at 7 p.m. instead of 6:30.

The release also states that Student Advocate Kitrina Miller will host open discussions about resources for sexual assault survivors from 3:30-4:30 p.m. next Tuesday and 1-2 p.m. on Feb. 27 in RSC 264.