WSU promised donors $20 million for business building would come from ‘university funds.’ Now, they need students to vote ‘yes’ on raising their own fees. 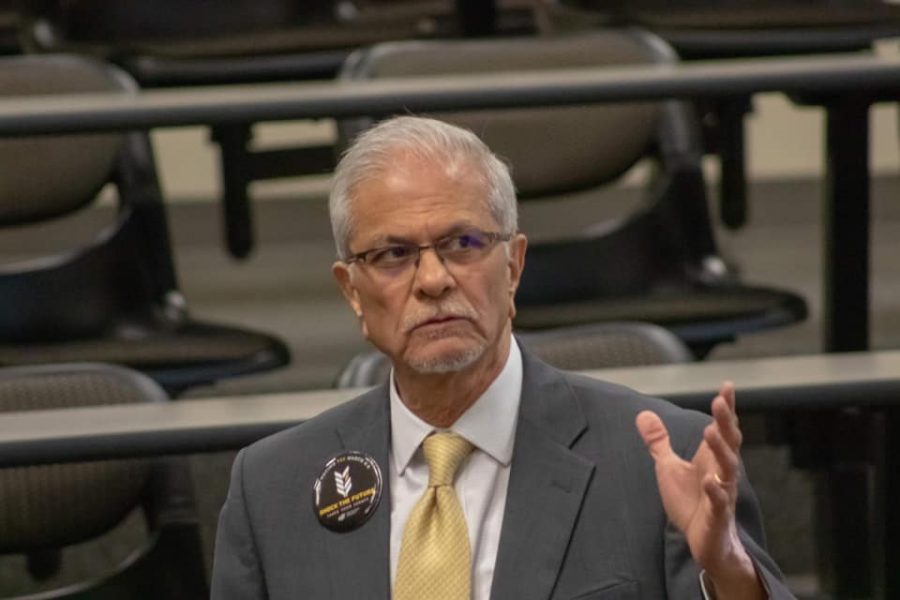 The Shock the Future referendum is less than two weeks away. Acting President Rick Muma has said that if students vote against raising the infrastructure student fee by $6 a credit hour, Wichita State will still have to find a way to pay for a new business building on Innovation Campus.

The building, Woolsey Hall, has a $50 million price tag. Part of the reason WSU officials are anxious to get student support for the project is because donors have been promised that at least $20 million will come from “university resources,” meaning student fees.

“We’ve had donors give us $30 million to build [Woolsey Hall], so we have to find a way to do that,” Muma said at a town hall meeting in January.

“It’d be problematic to go back to donors and say, ‘No one wants a business building here. We’re giving your money back.’ That’s not something I think we want to do.”

WSU Foundation President Elizabeth King said the foundation has been raising money for the project over the last five years. The original target was $25 million, and Muma has said that $30 million is “about as much as we can raise for the project.”

King said donors have been told from the beginning that part of the funding for the business school would come from university resources.

“From the beginning of our efforts, donors have been told that the remainder of the funding would come from university resources, most likely being a bond issue because that is the only source for covering such large capital needs,” King wrote in an email.

One argument made in 2017 for building a campus YMCA instead of renovating the Heskett Center was that the university was not in a financial position to bond money.

“It will probably be 10 years before the university will be in a financial position to bond money,” Vice President for Technology Transfer John Tomblin told the Student Government Association at the time.

Werner Golling, vice president for finance and administration, told The Sunflower in November that WSU could only bond money for the Shock the Future initiative “because of the new funding source from increased student fees.”

The Shock the Future website states that “remaining funding for these improvements must come from student fees — and that requires serious student support.”

If the referendum passes, it will allow WSU to bond $38.6 million — $20 million of which will go to the business school. If it fails, Muma said business students will likely vote on a business-specific fee hike to build Woolsey Hall.

At a town hall meeting Thursday, The Sunflower asked Business Dean Anand Desai what the university would do if business students voted against raising their own fees by $30-$35 a credit hour.

“I haven’t talked through exactly what would happen, but here’s how I describe it — what I call, and this is me, one person — the doomsday scenario,” Desai said. “Because we’ve told our donors that through a partnership between the university and their generosity, we will build a new building.”

State law requires WSU to hold a referendum before raising student fees to bond money. At a Shock the Future steering committee meeting earlier this month, Vice President for Student Affairs Teri Hall acknowledged frankly that WSU isn’t necessarily required to abide by the will of the students.

“The state statute says that we must have a referendum. I don’t think it says it has to pass,” Hall said.

Sophomore business student Danielle Harms told The Sunflower earlier this month that she worries WSU is beholden to its donors over its students.

“If you really wanted students’ opinion about this stuff, why didn’t you ask before you went to the donors? Because it doesn’t matter what I say now — you’re going to charge me for it either way,” Harms said.