Heldman: No target date for Bardo’s return, but he’s ‘making progress and in good spirits’ 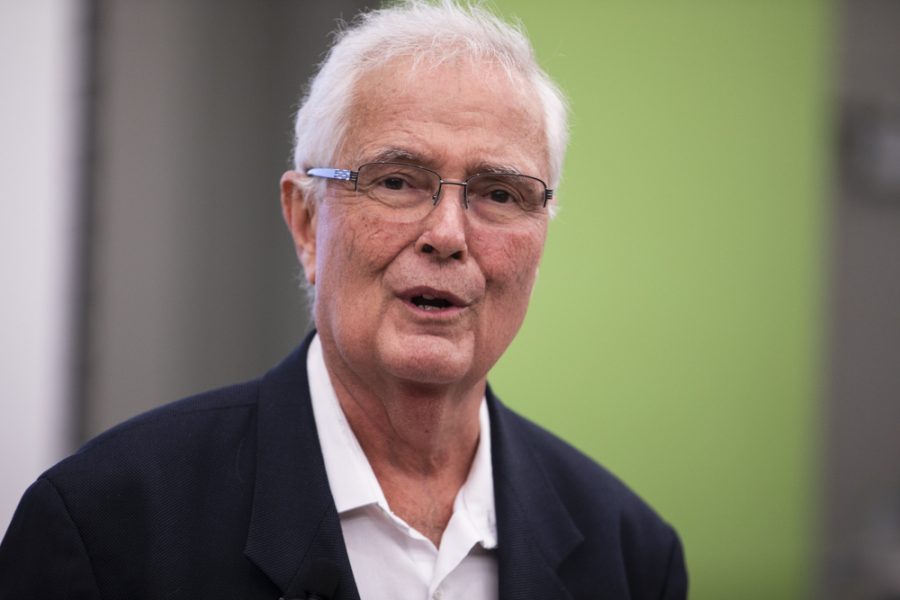 President John Bardo talks about the state of the university and the direction it is headed in during an Unclassified Professional Senate meeting in Hubbard Hall.

President John Bardo is “making progress and in good spirits,” but has no target date for a return to WSU, Vice President for Strategic Communications Lou Heldman told The Sunflower in an email Friday.

Bardo was first hospitalized for a chronic lung condition in November. Provost Rick Muma has been filling in as acting president of the university in his absence.

Bardo has been in and out of the hospital and has undergone multiple surgeries since his hospitalization.

Heldman said Bardo is currently at a rehab facility.

In early February, Heldman could not provide a timeline for Bardo’s return to WSU, saying that’s up to Bardo and his doctors. He maintained that the university is fully functioning in Bardo’s absence.

“The reason we have an acting president and an executive team is to continue the work of the university,” Heldman said.