Ron Matson remembers President Bardo as an agent of change 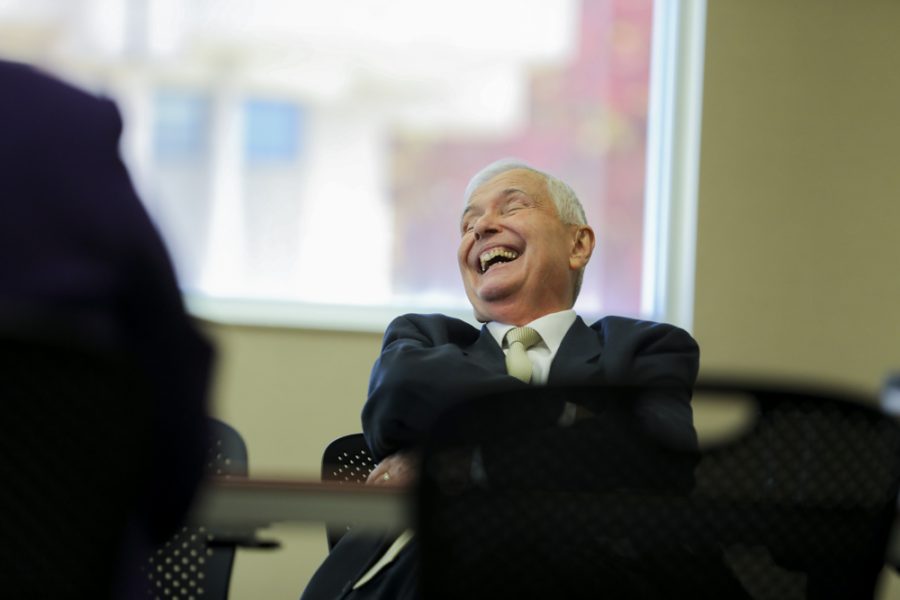 John Bardo, WSU president, laughs during the Council of Presidents during a Kansas Board of Regents meeting in the Rhatigan Student Center

Ron Matson knew John Bardo as an analytical mind, a caring and compassionate human being, a skillful educator, an agent of change, and most importantly, a friend.

In 2012, Wichita State selected Bardo as its 13th president. Bardo wanted Matson, WSU’s longtime Liberal Arts and Sciences Dean, to introduce him at his inauguration that October, and Matson obliged.

“Folks, I know this of John Bardo. If you think the university has changed a lot, wait until you see the metamorphosis that’s coming,” Matson said at the time. “The change in the university has been tremendous and positive, but you ain’t seen nothing yet.”

His words set the theme for Bardo’s speech that Friday afternoon.

“The world in which we live requires the ability to think critically, to understand vast amounts of information, to continue to learn through our lifetimes, and to expect change,” Bardo said as he was sworn in.

In six years’ time, Matson said he has witnessed a positive transformation of the east region of campus, known formally as Innovation Campus.

“I can say that as we stand back and look at this campus and all the things that have occured the last six years, I guess I was being somewhat prophetic when I told everybody ‘You ain’t seen nothing yet,’” Matson said. “I think that’s his lasting legacy is the metamorphosis that’s centered on the Innovation Campus. He had a tremendous vision, and that vision, as you can see, was able to be realized in a short period of time.

“He’s somebody who will go down in the history of the university as someone with tremendous vision and the ability to make things happen quickly,” Matson said.