At sold out show, Metallica showed Wichita what metal really is 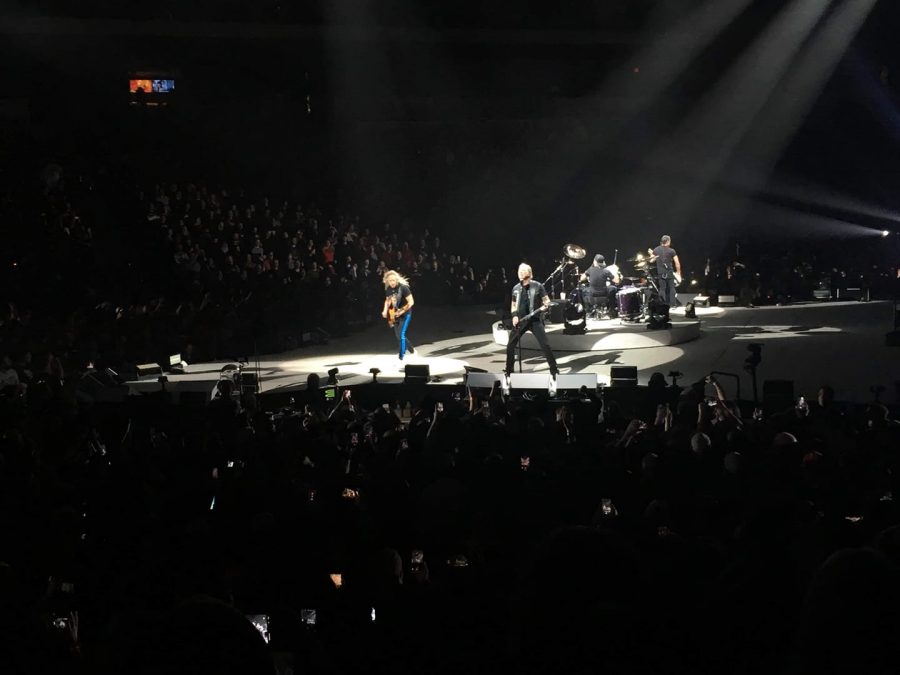 Metallica plays to a sold out show March 4 at Intrust Bank Arena.

For a bunch of 50-year-olds with nothing left to prove, Metallica sounded as energetic as a band who were still trying for success and fame at Intrust Bank Arena Monday.

They didn’t have to do that. The band, which formed in the early ‘80s, is the biggest metal band of all time. You say “Metallica,” and people are sold already.

And while they have had their “sellout” and questionable moments, the core of what Metallica does — the music itself — has stood the test of time.

The show they put on at Intrust Bank Arena attested to that. I admittedly had some preconceived notions about how their show would go: it would be solid, but too nostalgic, and too refined and “showy” for a true metal band.

They were a unit, four individually skilled musicians that, when combined, made a powerful wall of sound.

Minutes into the set, I forgot my preconceived notions about this band, about how they were sellouts well past their prime. Instead, I stopped thinking about what I thought I knew about Metallica, and I focused on the music. I haven’t banged my head that hard in years.