From theory to practice: Working with Bardo meant ‘you were a part of something’ 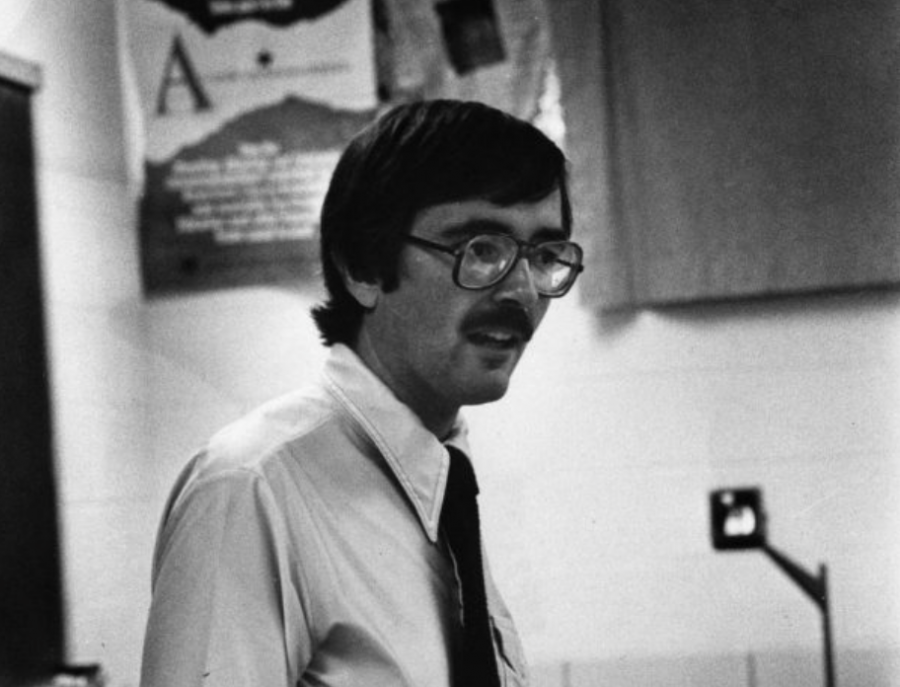 Mark Glaser had just come back to Kansas after serving in the Army when he first met John Bardo. Glaser was one of Bardo’s first students in the 1970s, back when Bardo was an assistant professor teaching sociology.

“I was searching for where I should go, who I was, and who I should be,” Glaser said.

Bardo helped Glaser with that search. Through courses, laughs, and — equally, if not more important than being in the classroom — real world application. Bardo taught Glaser many lessons, and set Glaser down the path to become the man he is today: a professor in the Hugo Wall School of Public Affairs for nearly 20 years.

“If you look at Bardo’s administration, it’s built on the bridge between theory and practice,” Glaser said. “[Bardo] basically argued that theory’s fine, but theory alone won’t get you all the way there. You’ve got to be able to translate that theory into practice.”

Bardo started that idea in the early ‘70s, Glaser said, which was “a period of chaos.”

“There was the Cuban missile crisis, then there was the assassination of John Kennedy, then Martin Luther King Jr., then Robert Kennedy,” Glaser said. “And the civil rights movement was going on at the same time. Watergate, the Pentagon Papers, all of those things . . . so it was an unsettling time — a little bit like what we’re seeing now.”

Bardo was one of those professors who would say, “Let’s quit wringing our hands and let’s get down to it and start doing something a little bit different,” Glaser said.

Glaser had no intentions of ever becoming a professor.

“I was sort of just a lost graduate student trying to find a path in life,” Glaser said.

But the more he worked with Bardo, the more he came to appreciate learning — and teaching.

Building on the platform that he learned from Bardo, Glaser has spent time on numerous projects in the Hugo Wall School and the Public Policy and Management Center. These projects aim to learn about and help better WSU and its surrounding community, particularly the Fairmount neighborhood. The projects may start and end in the classroom, but much of the research and real work is done in the community.

“John helped me and I don’t know how many other students,” Glaser said. Glaser and other students gravitated to Bardo, even outside of the classroom — to the point of getting him in a little bit of trouble with professors neighboring his office.

Bardo enjoyed spending time with his students outside of the classroom, and outside of his office, Glaser said.

“He’d call you up on Saturdays,” Glaser said — usually to rally students together to help out in the community.

“I remember one Saturday in heavy snow, cars were stuck on Kellogg,” Glaser said. “They’d get in [where Kellogg dips down], and get stuck. So me, Bardo, and another graduate student or two, we spent the whole day pushing cars out of the snow and getting them rolling again.”

Bardo was always the “action person,” Glaser said. “That’s really where he’s been trying to take this university. He recognizes that academia is going to have to become germane if we’re going to have better communities, better countries. And to do that, we have to cross the bridge between theory and practice.

“That was one of the things [Bardo] was very interested in — building that bond together.”

That bridge between theory and practice is, to Glaser, Bardo’s legacy.

“Assuming that President Bardo’s legacy continues, we’ll see more and more of that,” Glaser said. “People obviously see the connection between engineering and industry, but there’s all different kinds of ways faculty from disciplines can work with staff and students to develop creative ways of doing and thinking about things.

“And John Bardo’s mind was always spinning, always spinning. While you’re busy trying to get a little rest, he’s thinking of the next thing. He wears you out just trying to keep up with him.”

‘When you worked with Dr. Bardo . . . you were a part of something’

Something special about Bardo that resonated with Glaser was how he viewed people.

“He didn’t see people as higher or lower,” Glaser said. “He just said, ‘We’re all just doing different things — making our contributions based on where we’re coming from.’ And so, just because you have a PhD or doctorate in front of your name, it doesn’t make you better than anyone else. You may have a knowledge area that’s a little more advanced, but you’ll be dumb in another area.

“That was one of his major things. And that is instrumental in making higher education work. When you worked, even as a student, with Dr. Bardo, you felt like you were a part of something — not some student who was irrelevant to everything.”

Even after Bardo’s passing, and after being a professor for decades, Glaser said he still feels like he’s Bardo’s student, even though “we’ve worked together for about 45 years.”

“I got to know him pretty well,” Glaser said. “I still haven’t had the energy he had at any point in time, but if you ever wrote with him, you might end up on the Internet exchanging edits at 12 o’clock at night. So, I have personally benefited tremendously, and there are lots of people out there like me — including professors, students, and other people — who have settled into their various positions in the world [because of Bardo].

“I owe him a great debt, and I will always be grateful.”