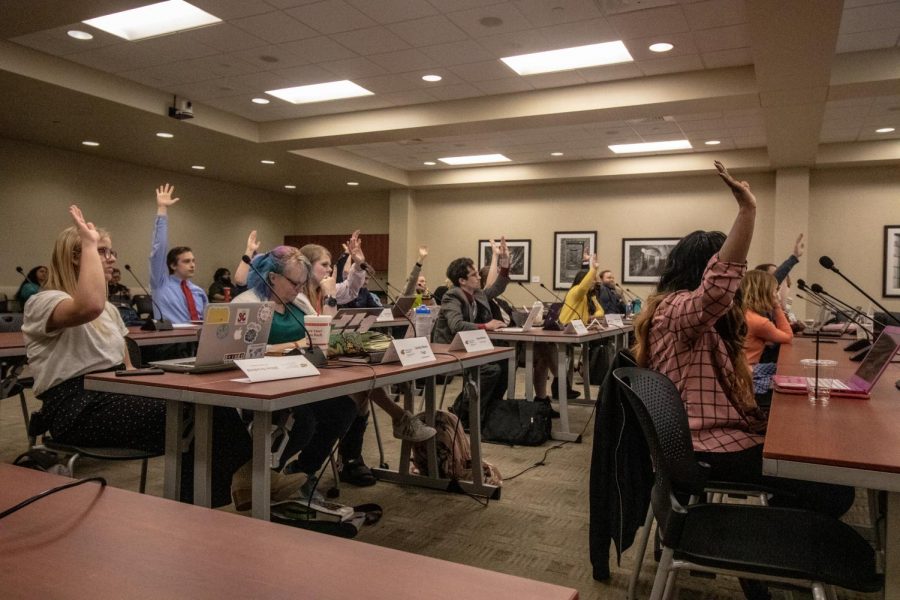 The fees budget was presented by Treasurer Stella Yang, who led the reshaped student fees process, which now includes twice the student representation as years past. The budget — which went up by 2.5 percent, meaning a $9.92-per-semester fee increase for full-time students — was largely met without questions by the Senate.

Yang pointed out the lack of questions from the senate, which led multiple senators to vouch for the reshaped process. The senators agreed that the new fees process meant any questions they had were answered before Wednesday’s meeting. Yang also received multiple compliments and a round of applause for her leadership in the reformed process.

“I didn’t mean to chide you all, I just wanted to make sure there weren’t questions,” Yang said with a laugh. “If there are any further questions, please do not hesitate to reach out.”

The student fees budget will be voted on by the senate next Wednesday.

Wednesday’s meeting also included a resolution to recognize and stand in solidarity with the victims of the New Zealand mosque attack, where more than 50 people were killed. The resolution passed unanimously.

Also included was a resolution in recognition of President John Bardo, who passed away over spring break. Bardo was 70 and had been WSU’s president since 2012. The resolution was authored by the 60th Session’s President Paige Hungate and Vice President Breck Towner.

SGA President Shelby Rowell said she was “really, really happy to see the senate vote that through.”

“To be able to show respect to his family — that’s something that’s close to my heart,” Rowell said. “I lost my dad and my sister, and obviously, it wasn’t the same, but I’ve been in that boat. Being able to do this gave a lot of the senators closure. It probably gave Paige and Breck closure, and it gave me closure as well.”

Finally, a new campus organization, Sisters for Sisters, presented to the Senate. The new organization has been in development for three months, the four representatives of the organization said. It’s meant as an alternative to Greek life for students who cannot afford to pay dues or don’t meet GPA requirements. The organization will be voted on next week by the senate.

“I think it’s a great organization,” Rowell said. “I wasn’t able to join Greek life because of the time commitment and the cost.

“It’s an organization that acts as that communal sisterhood aspect without having to put  financial contribution to it. A lot of people, when they come to college, they are strapped for funds. I think that’s something that more people may be excluded from than they should . . . So I think it’s a positive movement.”