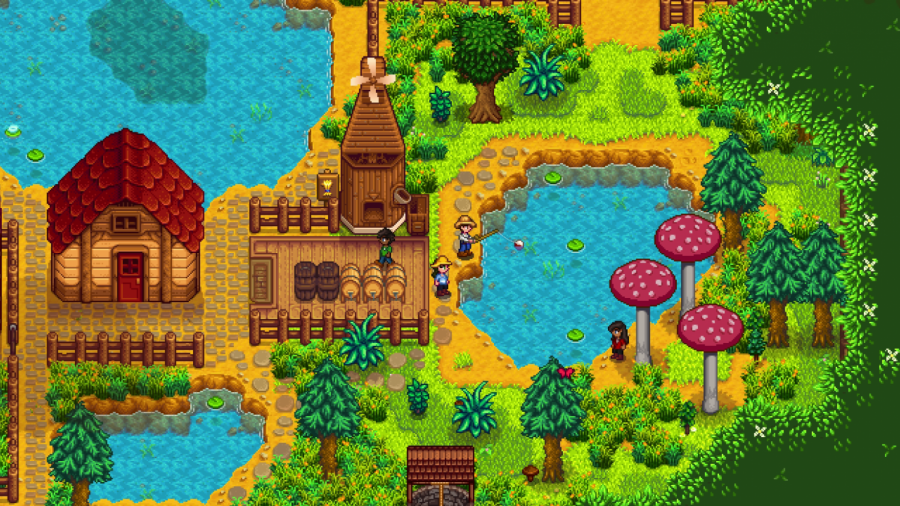 With the arrival of spring, college students hatch from their cocoons of fleece and misery into smiling, Frisbee-throwing creatures. They will no longer skip class because the weather is too horrible to walk through. They will instead skip class because the weather is too beautiful to miss. Grab your laptop, a beach towel, and this list, and head to campus to enjoy spring in true college-student style. We’ve picked a selection of warm-weather favorites that delight the soul and go perfectly with a day in the sun.

As an avid watcher of several trashy reality shows, I’ve learned that when you’re watching TV, you usually have to compromise something. What entertains me the most often teaches me the least. If a show resonates with me intensely on an emotional level, it’s going to be a bit draining and hard to watch. With animated feature films, studios such as Pixar and Studio Ghibli have managed time and time again to nail the smart-entertaining-touching balance, but animated shows that do the same require notorious amounts of time and attention.

That’s why “Mushishi,” a show with 20-minute episodes that work independently of one another, is such a treasure. With gorgeous hand-drawn art and masterfully-written stories, “Mushishi” perfectly captures the feeling of wandering through an enchanted forest with a trusted guide. The spirits at the heart of each episode are gorgeously rendered, and instead of simply being cast as good or evil forces, act in morally neutral ways that complicate the human lives around them.

Mushishi offers no straightforward morals, yet it is neither pretentious nor confusing. Its stories wrap up in 20 minutes, yet the show moves at a patient pace that allows viewers to soak up its beautiful animation. Its setting and cast of characters change constantly, yet each new place and situation is established so quickly and richly that the viewer feels immersed within minutes of each episode. It’s the perfect series to soak in as the world around you blossoms.

As a camp counselor, I would often play music for a small group of campers while we played cards during gorgeous summer afternoons.

One anxious camper would always be shifting around, scratching his head, and saying “hmm” to himself during these games. Once, I played the “Stardew Valley” soundtrack, and he slowed down a bit and started to listen to the music. I told him what it was, and a couple days later, he came to me and told me that when he got really anxious, he’d listen to the soundtrack and it would help him calm down.

The magic of “Stardew Valley” is that its incredible, calming soundtrack is just one perfect piece of its puzzle. There are a lot of farming simulators out there, but there’s nothing that quite reaches the emotional warmth of “Stardew Valley.” With nostalgic, delightful pixel animation and a cast of characters that are both wholesome and memorable, “Stardew Valley” offers a little slice of heaven among the chaos of student life.

It’s easy to imagine such a cute game settling for shallow gameplay, but “Stardew Valley” offers an incredible number of things to do. You can spend your days exploring caverns infested with cute creatures and valuable gems, or you can flirt and gift your way into marriage with one of many eligible partners in town.

Even farming offers delightfully deep opportunities — you can choose to focus on livestock and maintaining pastures, developing beehives and breweries, or crafting a technologically-efficient farm that basically runs itself. All along the way, you’ll be enchanted by wonderful music and color animation that makes the entire game feel like a dreamy safe-haven. It’s the perfect way to add a little digital paradise to your season.

Jazz and classical music bear a complex beauty that makes for wonderful listening, but the genres lack the familiar verse-chorus structures that many modern listeners know and love. There’s just something very special about the way a final chorus can lift a listener’s soul.

The oddly-titled “post-rock” genre essentially developed out of the idea that the two could coexist. The improvisational spirit of jazz and the stunning arrangements of classical music were fused with pop song structures to give us some of the loveliest albums of the last 50 years, and “Spirit of Eden” remains a crown jewel among them.

Brought to life with a lush orchestra anchored by a jazzy rhythm section, “Spirit of Eden” manages to bring the best of all worlds together. Opening track and undeniable masterpiece “The Rainbow” immediately shows what “Spirit of Eden” has to offer.

A downright seductive groove capped off by a sensual guitar riff carries the song’s verse to a transcendent chorus where everything falls away. Strings then swelter around lead singer Mark Hollis’s trembling voice — reaching up through a series of stunning major chords. The effect is at once intensely spiritual and undeniably sexy.

The rest of the album lives up to the promise of its opener. Both clearly structured and bearing improvisational strokes of genius, “Spirit of Eden” emulates nature through the cathartic structures of Western music. Pulling from the strengths of every ambitious genre, it’s an album that’s likely to spur rock, jazz, and classical listeners to explore new territory.

“Spirit of Eden” is a document of undeniable beauty that masterfully complements the natural lightness of spring. Take it on a walk and you’ll find a bit of extra magic in the season.