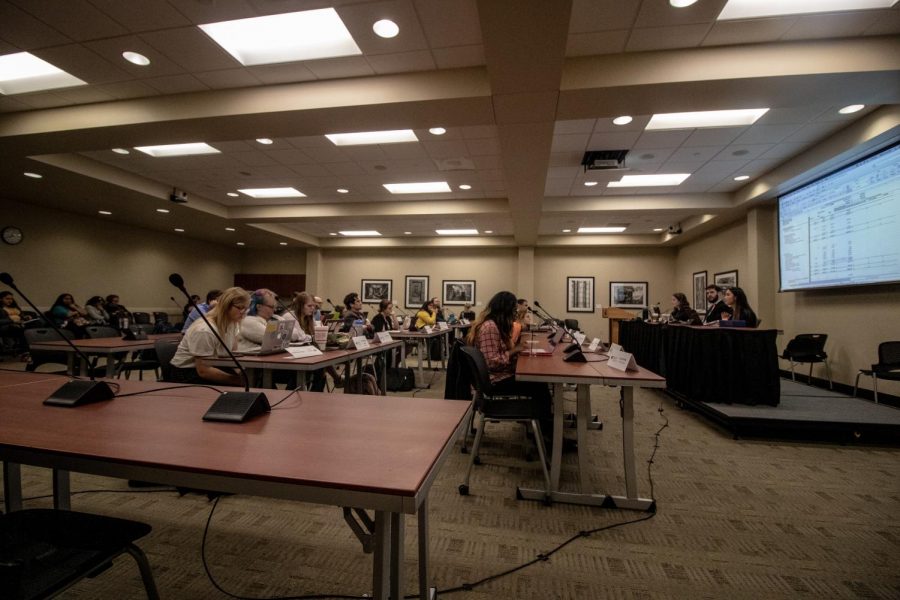 Student Government Association’s constitution was given a number of changes during Wednesday’s SGA meeting, including changes to how presidential succession works that were made because of a lack of clear procedural guidelines when President Kenon Brinkley resigned from office in February.

There were four changes made to the SGA constitution, SGA Vice President Matt Madden said Sunday. The first is that the president no longer has a veto on senate resolutions.

“Resolutions are expressions of the will or intent of the senate, so it makes no sense for the president to have a veto on them,” Madden said.

The second and biggest change change has to do with presidential succession.

The chief of operations will chair meetings on a temporary basis if the VP is absent or acting president, Madden said. Previously, all the constitution said was that for permanent succession, the VP would be replaced by a nominated senator.

The chief of operations will remain the VP unless a senator is chosen, Madden said.

“As a cabinet, we’ve elected to not appoint a senator, since there’s no senators who have the training and time commitment to just become VP, and for such a small period of time, it’s not really worth the hassle,” Madden said. “But the whole situation has revealed that the system has been pieced together by past sessions and not cohesively thought out, which is why we’re revising it.”

This gives senators more choice as to who their chair will be in the case of a succession and, in the case that a senator is chosen to be the successor, gives the successor enough advance warning to adequately prepare for being VP should they ever need to assume the position, Madden said.

Brinkley’s resignation made it clear that there wasn’t much in place to outline how to handle a situation like that, Madden said.

The third constitutional change was the removal of a paragraph of the constitution that allowed the president to bypass the rules of quorum and run a meeting without it.

“We thought this paragraph didn’t make any sense,” Madden said. “Quorum exists for a reason.”

The final constitutional change allows the senate to place officers on temporary suspension.

“In February, the senate felt that they pretty much only had three options: write a resolution calling for the president’s resignation, take the president to Senate Review Board, or do nothing about the situation,” Madden said. “We wanted to give them another option with temporary suspension — one that would apply to more situations than just the one we saw in February.”

The senate can place officers on a temporary suspension for a maximum of 30 days.