Desai: There will be no business referendum to pay for the new building 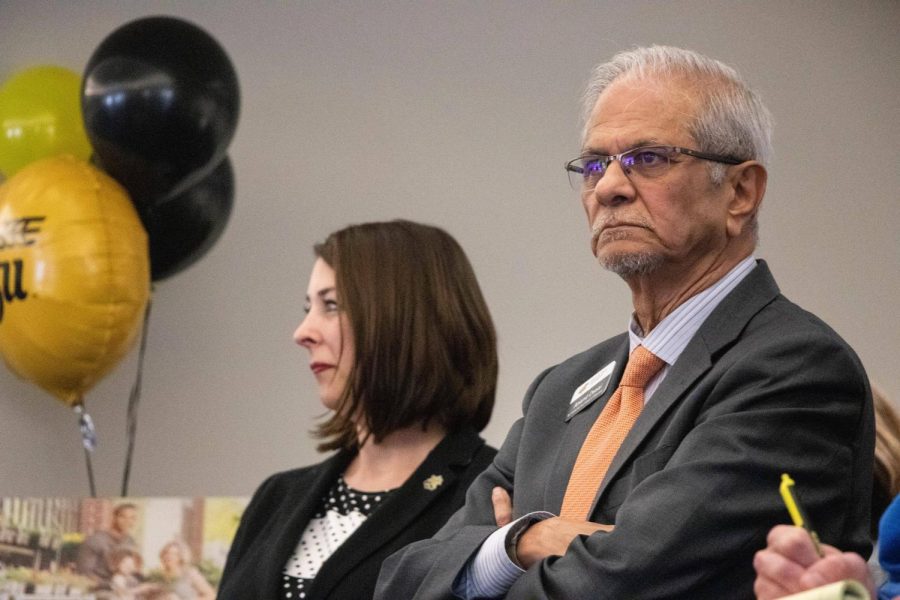 There is no plan for a second referendum for just business students, Business Dean Anand Desai said Monday at an announcement ceremony for a $250,000 grant for the new business school.

Wichita State administrators had said before that if a campus-wide referendum were to fail — which it did — a second, business-student-only referendum with a larger per-credit-hour fee increase was a possible next step.

Desai said that a plan for how to generate the additional $20 million needed to reach the $50 million goal is still in the works.

The plan may include reallocations of university funds, but “I don’t want to speculate,” Desai said.

A new plan for the additional $20 million will be unveiled by the end of the spring semester, Desai said.