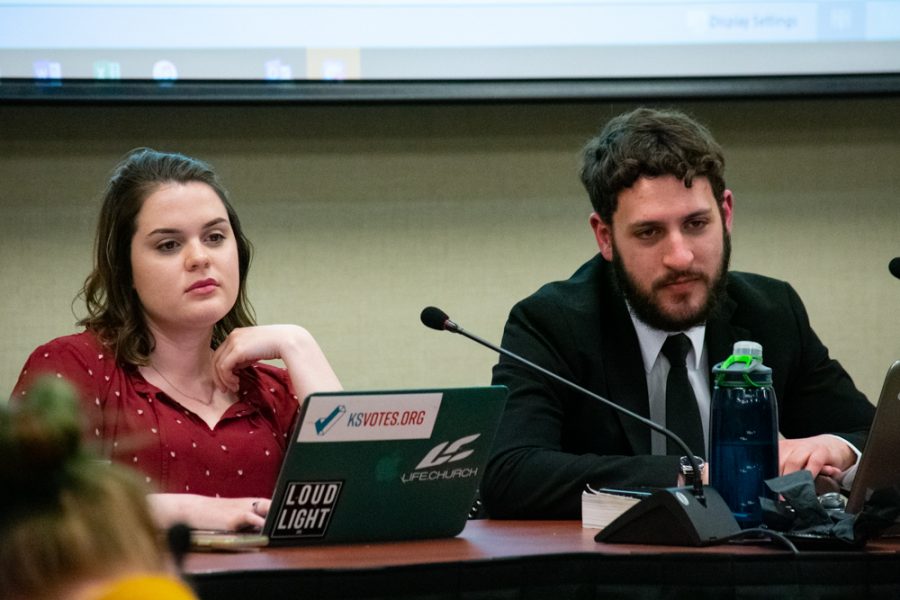 The fiscal year 2020 student fees budget passed 23-0 at the Student Government Association meeting Wednesday without a single debate against the budget.

There were debates in favor of the budget, though — plenty.

“It was refreshing this year,” Sen. Anisia Brumley said. “More representation led to a budget that wasn’t as debated on as in the past.”

The Student Fees Committee featured twice the student representation as years past.

Sen. Xan Mattek said she thought “the students who worked on [the budget] did it in a personal and caring way.”

And there were no angry students or representatives of organizations scowling in the gallery — The Sunflower reporter was the only visitor in attendance.

“It’s oddly refreshing to see a gallery that isn’t overflowing,” Sen. Carolyn Fugit said. “I have in years past spoken here on the need for increases and not cutting our student fees budget.”

Sen. Walter Wright, a member of the Student Fees Committee, said the proposed budget wasn’t the one he would have made himself — which was a good thing to him.

“I think this is a real collective budget,” Wright said. “It’s the best budget for student fees.”

The student fees budget will now be presented for approval by Acting President Rick Muma, and then will go to the Kansas Board of Regents.

The student fees budget went up by 2.5 percent, meaning a $9.92-per-semester fee increase for full-time students.

The committee settled on a 2.5 percent increase to Wichita State’s student fees budget. With that increase, the committee was able to provide nearly full funding to all organizations’ requests.