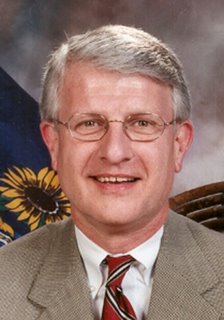 The Kansas Board of Regents has named Andy Tompkins interim president of Wichita State, according to a KBOR press release.

Tompkins, who retired as KBOR president and CEO in 2015, most recently served as Fort Hays State’s interim president from 2016-2017.

“The Regents are pleased that Dr. Tompkins will bring his expertise and wealth of experience to Wichita State University,” KBOR Chair Dennis Mullin said in the release. “We are confident that he will continue the good work being done at WSU and successfully oversee the University.”

Tompkins, a 2001 inductee into the Kansas Teachers Hall of Fame, was a high school English teacher who became a principal and eventually district superintendent. Tompkins was honored as Kansas Superintendent of the Year in 1992.

WSU Provost Rick Muma has been serving as acting president since January. He will continue on in the role until April 8, when Tompkins officially takes over as interim president.

“I would like to thank Provost Rick Muma for his leadership as Acting President these past several months,” Mullin said. “He has done an outstanding job shouldering the responsibilities of two very important positions, and I’m happy he’ll be able to focus on the extensive duties of the Provost moving forward.”