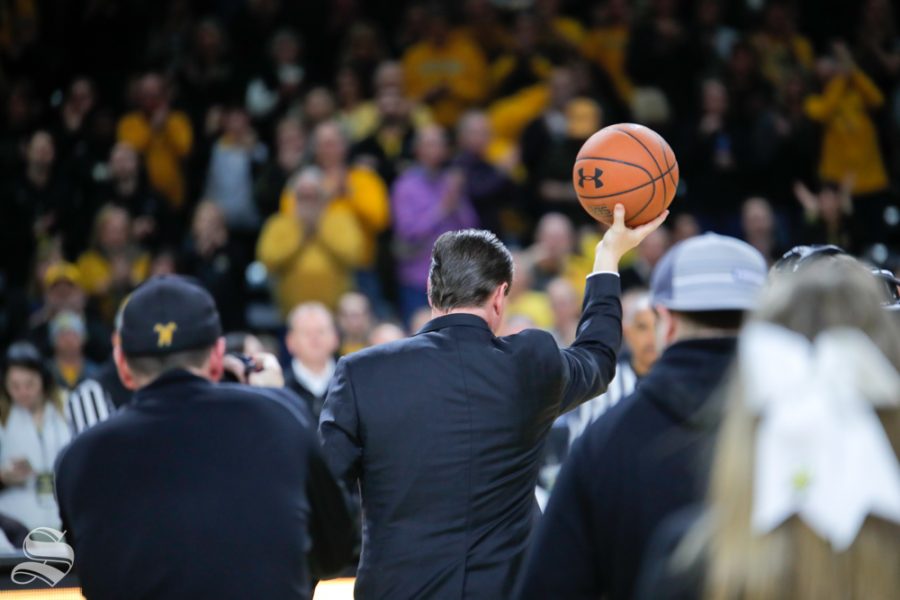 Wade announced he will transfer to Wichita State via Twitter on Thursday. He is eligible immediately.

The Shockers had two open scholarships for the spring after the departures of Ricky Torres and Rod Brown. Last week, Marshall hosted Wade and four-star prospect Grant Sherfield on official visits.

Sherfield committed to Wichita State on Tuesday. He is the second-highest rated recruit under the Marshall-era at Wichita State. With Wade’s commitment, there are no longer any remaining scholarships available for next season.

Wade had his search narrowed to Wichita State and Florida, though Florida ran limited on open scholarships after Louisiana Tech transfer Anthony Duruji committed to the Gators on Tuesday and filled the final opening.

With his 6-foot-7, 210-lb frame, Wade adds versatility to Wichita State’s undersized front-court. He will fill the void left by graduating senior Markis McDuffie. His versatility on the wing translated to averages of 13 points, seven rebounds and two assists per game as a sophomore at South Plains Community College. He will be expected to share time with Dexter Dennis and Teddy Allen, who can each rotate into the four-spot, and also De’Antoni Gordon, an incoming freshman.