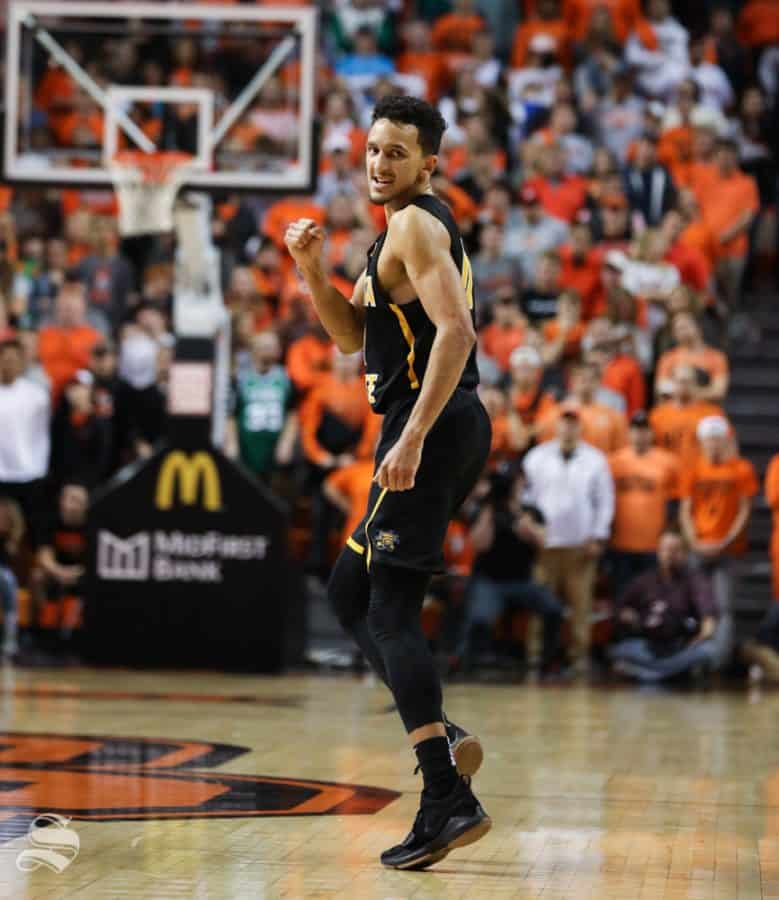 Landry Shamet left Wichita State with two seasons of eligibility remaining. His rookie season, which came to a close in the first round of the NBA Playoffs on Friday, proved his decision was a good one.

Shamet came on the scene when the Philadelphia 76ers surprisingly selected him with the 26th pick in the first round of the NBA Draft. Hardly any draft boards had Shamet predicted t0 go any earlier than the 40th pick in the draft.

His impact in Philadelphia was almost immediate. In January, he shattered the franchise’s rookie record for 3-pointers in a game with eight makes. He scored 29 points that night.

His career with the 76ers was short-lived. Philadelphia sent Shamet to the Los Angeles in a business-move that led to the acquisition of established stars Tobias Harris and Boban Marjanovic — pieces that could help equip Joel Embiid reach the Eastern Conference Finals.

Swiftly, Shamet solidified his presence with the Clippers. In his first game with the organization, he helped execute a 28-point comeback with 13 fourth-quarter points against the Boston Celtics.

In March, he broke the Clippers’ franchise rookie record for 3-pointers made in a game. He had seven. Even more impressively, he knocked in six of them in the first quarter.

His presence helped Los Angeles overcome playoff doubts. The Clippers rallied into the eight spot in the Western Conference, and drew a first-round playoff series with the Golden State Warriors.

Shamet helped cap off the biggest comeback in NBA playoff history with a game-clinching 3-pointer. The Clippers were down 31 points in the third quarter.

It’s easy to forget that Shamet was not a projected first-rounder. That’s often hidden by his rookie class-leading 3-point percentage (42.2 percent). It’s likely on June 24, Shamet will have his name called for one of the NBA’s All-Rookie teams.

— Evan Pflugradt contributed to this report.