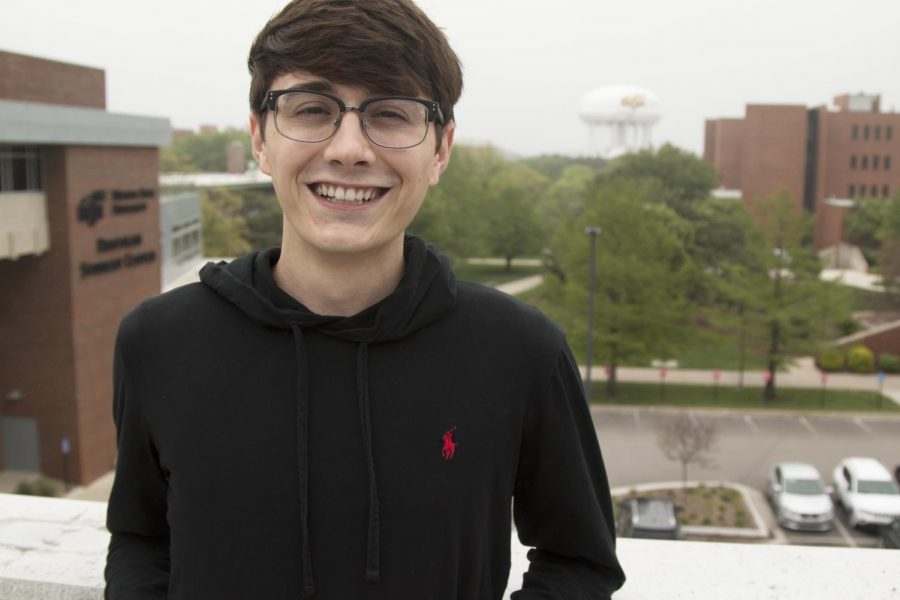 This guy's a tool.

I started to think I’d never get here — and I think some friends and family members started thinking that too. But, tentatively, I’m set to graduate this May.

Where to go from here? Uh, next question. What will I remember about my time at Wichita State? That’s easy: the people. Here are some that immediately come to mind.

Professor Dan Close, who first led me down to The Sunflower newsroom the spring semester of my sophomore year. It was closed.

Shelby Reynolds, the former editor in chief of The Sunflower who hired me in spring 2016.

Evan Pflugradt, the former editor in chief who made the mistake of having me as his managing editor from fall 2016 to spring 2017.

Former student body president Taben Azad and a handful of like-minded senators from the Student Government Association, who obliterated my ego in a handful of sentences when they debated against me becoming SGA’s director of public relations. Don’t worry, the ego’s back.

Amy DeVault, who is — not to play favorites — just as much mentor as teacher, and who always left her office door open. She’s dope. Somebody give her a raise.

Chance Swaim, who gave me a second chance at The Sunflower.

Selena Favela for being my mom during a bourbon-filled Louisville trip.

Matthew Kelly for making the same mistake as Evan. Thanks for sticking with me through the weird parts.

Madeline Deabler for designing every Sunflower newspaper I’ve been directly involved with. She kicks ass.

Everyone who has ever been in the newsroom and had to suffer through hearing me speak or listen to an hourlong playlist of Young Thug. I’m really sorry.

To all the Wichita Eagle reporters who laughed when I took that dive into public relations, joke’s on you — I’m about to graduate with my journalism degree, don’t have a job lined up, and am $30,000 in debt.

To all the guys in fraternities I’ve reported on who seem to have a personal vendetta against me — maybe someday we could grab a beer. We could even shotgun them.

Looking back now, I wish I’d done more during my time as an undergrad at WSU. Still, I think I had a pretty fulfilling experience. I covered protests . . . and I ran for cover when I was on the side being protested. I almost dropped out of school a couple times. I led some women on. I had my heart broken once or twice. I did a multitude of other questionable things on campus that could never be printed, because I don’t want that May 18 graduation date to be tentative. It’s been a long time coming. Fingers crossed — and that’s the last em dash.