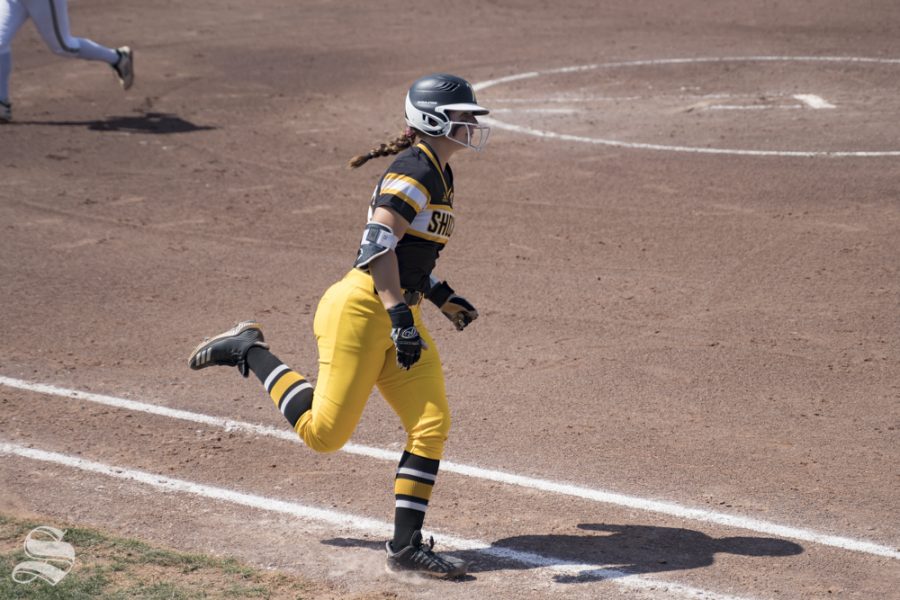 Wichita State freshman Sydney Mckinney runs to first base during the game against USF at Wilkins Stadium on May 4, 2019.

Wichita State has earned the No. 4 seed in the American Athletic Conference Championship in Houston.

The Shockers will open play against No. 5 seed Central Florida at 12:30 p.m. CST on Thursday. The AAC Championship is a three-day, single-elimination tournament.

Wichita State won two out of three games versus the Knights in Orlando in the two teams’ only meeting.

The Shockers ended the regular-season with a home loss to No. 25 South Florida Sunday. Wichita State won the series after upsetting the Bulls with a walk-off home run by Lauren Mills in the eighth inning. The Shockers then won via run-rule with a 10-0 win in five-and-a-half innings on Saturday. South Florida entered the weekend with a 15-game conference winning streak.