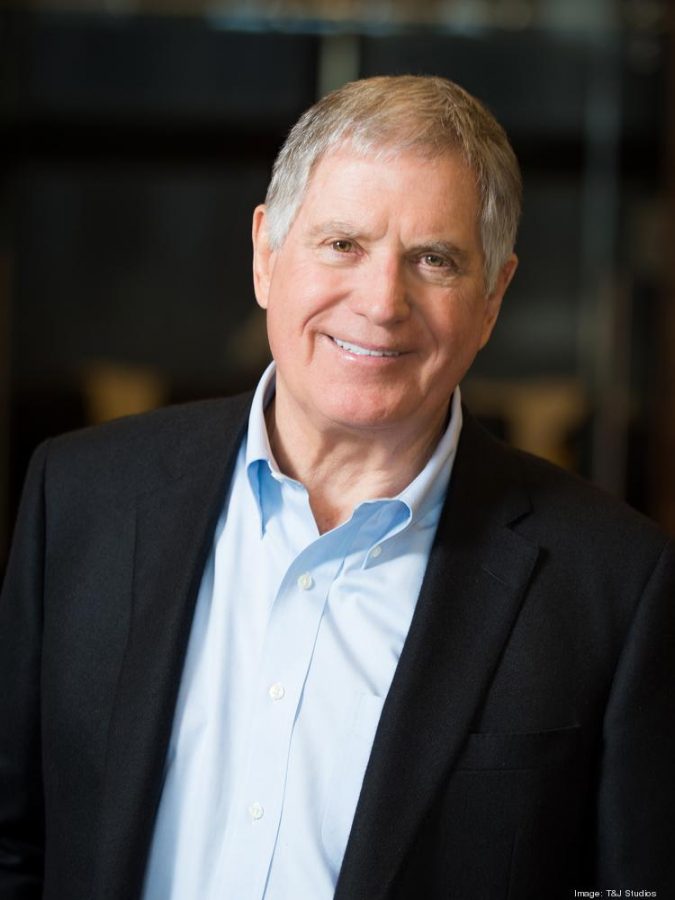 Courtesy of The Wichita Business Journal

Local real estate developer and Wichita State alumnus Steve Clark will chair the search committee tasked with finding the next WSU president. Clark, the namesake of the Steve Clark YMCA and WSU Student Wellness Center, also chaired the university’s 2012 presidential search that identified John Bardo as one of five finalists for the job.

The Kansas Board of Regents appointed Clark at Thursday’s meeting in Topeka along with 19 other search committee members. The board also approved the hiring of Wheless Partners, an Alabama-based search firm that will identify and recruit potential candidates.

The search process will be closed, meaning finalists will not visit campus or be publicly announced. The Regents’ charge to the search committee states that “Public communication regarding this search is to be done only by the Chair of the Search Committee.”

Clark, who served as a member of the board of regents from 1999-2002, told The Wichita Eagle in 2013 that WSU had a “great opportunity” to collaborate more with local businesses under President Bardo. Such public-private partnerships became the bedrock of WSU’s Innovation Campus, which will soon feature a YMCA with Clark’s name on it.

In 2015, when The Flats was meant to be a university-owned and operated residence hall, Clark was listed as a member of its development team. His name was later removed and The Flats became a university-run, private apartment complex.

Reflecting on the late president in the wake of his death in March, Clark told The Eagle that Bardo was “an anomaly in the academic world.”

“He had a vision to move the university forward, and was decisive in executing it,” Clark said.

Clark is on the advisory board for the Barton School of Business, and is a member of the Fairmount Society, “the university’s most distinguished support group.” In 2007, he received the WSU Board of Trustees’ Award for outstanding service to the local community.