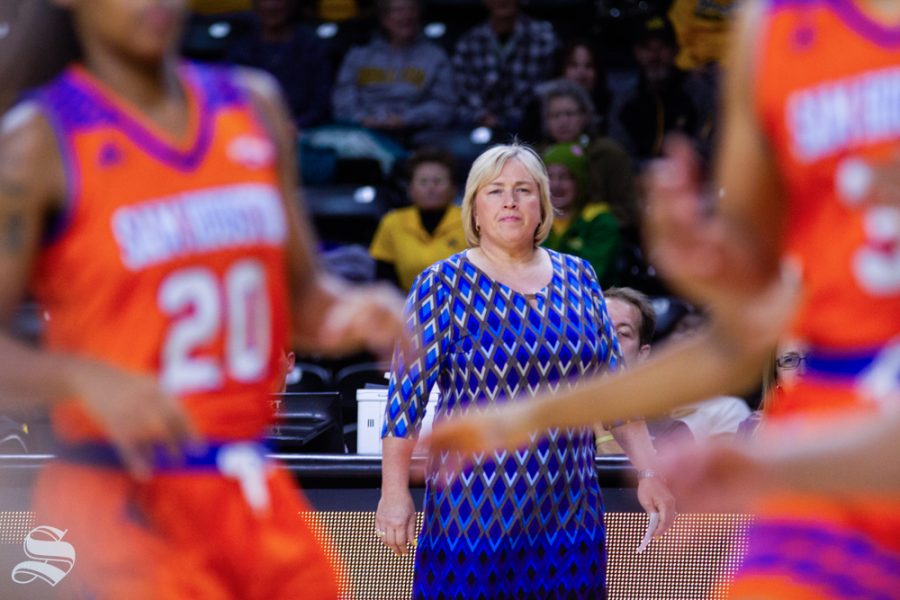 Wichita State's Head Coach Keitha Adams watches as her team moves the ball down the court at their game against Sam Houston State on November 14.

Wichita State agreed to add a two-year extension to Keitha Adams’ contract, making her the coach of the women’s basketball team through 2024.

“I appreciate the support and commitment from the administration as we continue to work hard to build this program,” Adams said in a release.

With the addition, Adams joins a class of Wichita State coaches locked into long-term contracts. In a past interview this fall with Athletic Director Darron Boatright, he said that female sports “tend to recruit younger and younger.”

“You have, literally, freshmen and sophomores in high school making decisions on where they’re going to play,” Boatright said. “You’re recruiting three or four classes down the road. … If you have a coaching transition, you’re going to have a lot of instability.”