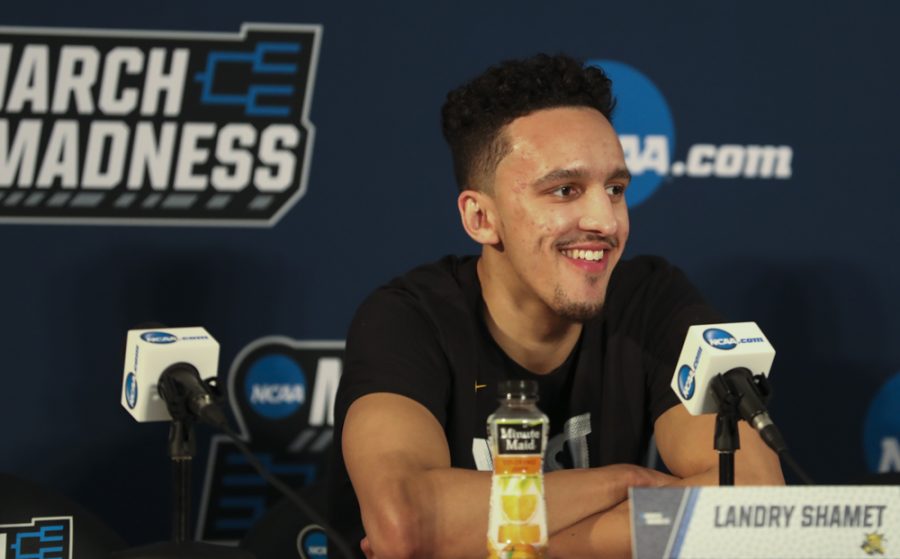 Landry Shamet answers questions from the media during the press conference, on March 15, 2018, in San Diego.

Shamet, a member of the Los Angeles Clippers, joined teammate Shai Gilgeous-Alexander on the Second Team.

During his rookie season, Shamet led all rookies in three-point percentage, and hit the fourth most three-pointers by a rookie in league history. He broke both the Clippers and Philadelphia 76ers rookie records for most made threes in one game as well. For L.A., Shamet started in 23 of 25 regular season games and all six of the playoff games.