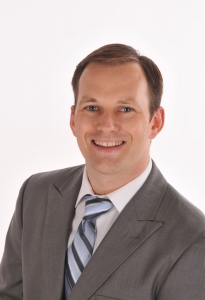 Courtesy of Kansas House of Representatives

Brandon Whipple, Wichita State adjunct professor and state representative, announced his intent to run for mayor of Wichita on Wednesday.

Whipple is the first sitting office holder to challenge the current mayor, Jeff Longwell. Whipple has not responded to a request for comment by The Sunflower.

Whipple is a Democrat who has represented south Wichita’s 96th district in the Kansas House since 2012. He earned his Bachelor’s and Master’s degrees from Wichita State, according to his House campaign website.

According to WSU’s class registration portal, Whipple will still be teaching two sections of American Politics this fall at WSU.

WSU Political Science Department Head Neal Allen said he would not comment on Whipple’s candidacy “at this time.”

Aside from Longwell, other candidates for mayor include Marty Mork, Brock Booker, and Ian Demory, according to the Sedgwick County Elections office. The filing deadline is June 3.

During the 2016 session, Whipple was accused of using student interns as designated drivers in Topeka. Wichita State, after these allegations were reported by The Sunflower, said the accusation did not warrant an investigation.