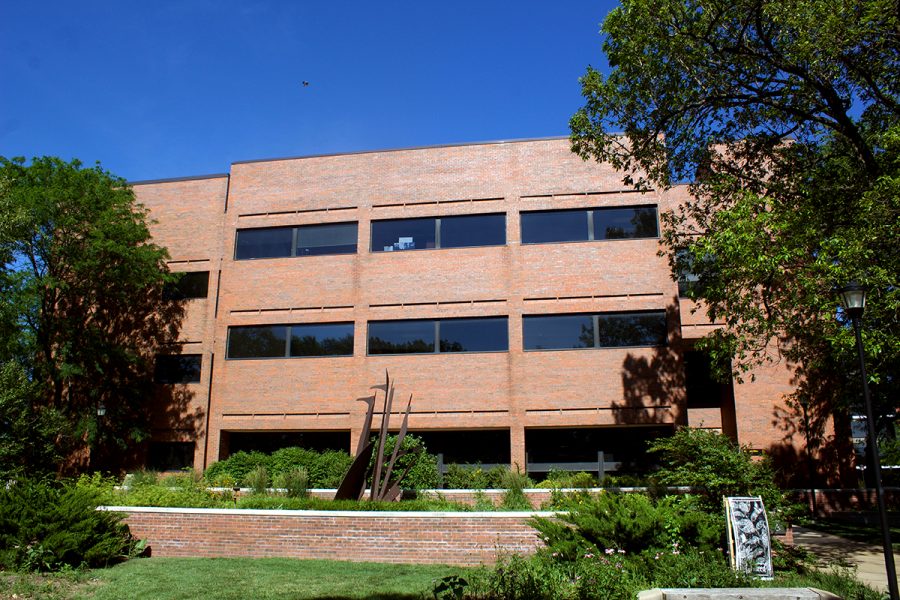 The lecture theater in Wallace Hall is closed after it was damaged during severe storms Tuesday afternoon.

Flooring at the front of the theater is undergoing repair, apparent from a theater window. A physical plant worker on site said it was damaged by flooding.

Director of Facilities Planning Emily Patterson was not available for comment Thursday afternoon.

No classes are scheduled this summer in the theater, according to a statement in Wednesday’s issue of WSU Today. But it was being used for orientation.

The statement says the theater will remain closed for repairs until the end of July.