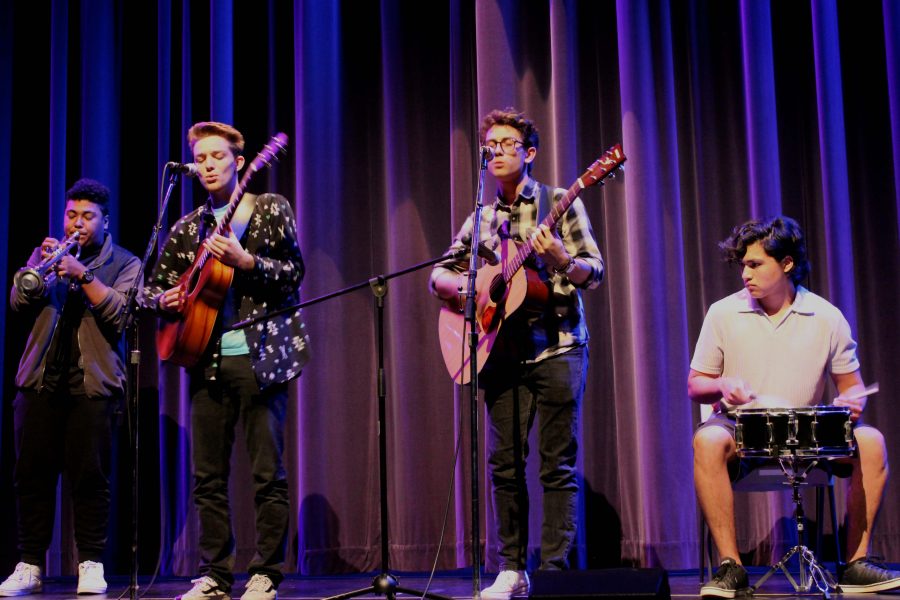 Summer is scarily close to its blazing hot end, and we’re all about to find ourselves back in a WSU classroom wondering where all the time went. Thankfully, there are still plenty of wonderful shows to catch before the season comes to a close. The Sunflower is here with a concert guide to make sure you give your ears the love and attention they deserve before school stress drowns everything else out.

If you took Coachella’s vibrant colors and wild atmosphere and collapsed it into a single show, you’d end up with a set by the Flaming Lips. Oklahoma’s legendary psychedelic pop-rockers are coming to town this week, and honestly, you’re just not that cool if you don’t see them. They’re backed by some wonderful up-and-coming psych acts in The Claypool Lennon Delirium and Particle Kid. It’s sure to be a blissed out evening to remember.

If you’re not hyped for this one, you should probably go to the hospital because I guarantee you don’t have a pulse.

The queen of hip-hop herself is coming to Wichita to drop fire upon the entire city, and she’s backed by one of the strongest up-and-comers in the game, Kevin Gates, as well as mover-and-shaker Saweetie. It’s a great showing in new school hip-hop that should excite any fan of the genre.

This Final Friday After Party boasts an excellent local lineup that’s rarely matched by similar shows, and there really isn’t a better representation of Wichita than in the music of After Judo, Jordana & Marrice Anthony. From After Judo’s jazzy alternative to Jordana’s effortlessly cool indie-rock and Anthony’s soul-entrenched hip-hop, this party offers a wonderful array of sounds from the ICT. Be sure to include it in your Final Friday plans this month.

With hip-hop ruling the airwaves and Wu-Tang Clan’s classic debut “36 Chambers” ringing in its twenty-fifth anniversary, there’s never been a better time to see the seminal hip-hop group. They’ll be sending shockwaves through Wichita at the close of July.

The show’s an essential for any hip-hop fan or music nerd, and it’ll give you the music cred you need to seem cool at any party.

The Back Beat at Midwest Drum

If you like going hard – and I mean, hard – at a concert, go to this one. If the idea of a mosh pit or grinding guitar scares you, stay home. An array of Wichita’s best young punk and hard rock bands, as well as the previously mentioned and excellent Jordana, will be burning down The Back Beat right before school starts up. It’s the perfect way to get out the end-of-summer scaries before it all turns into a faint memory.