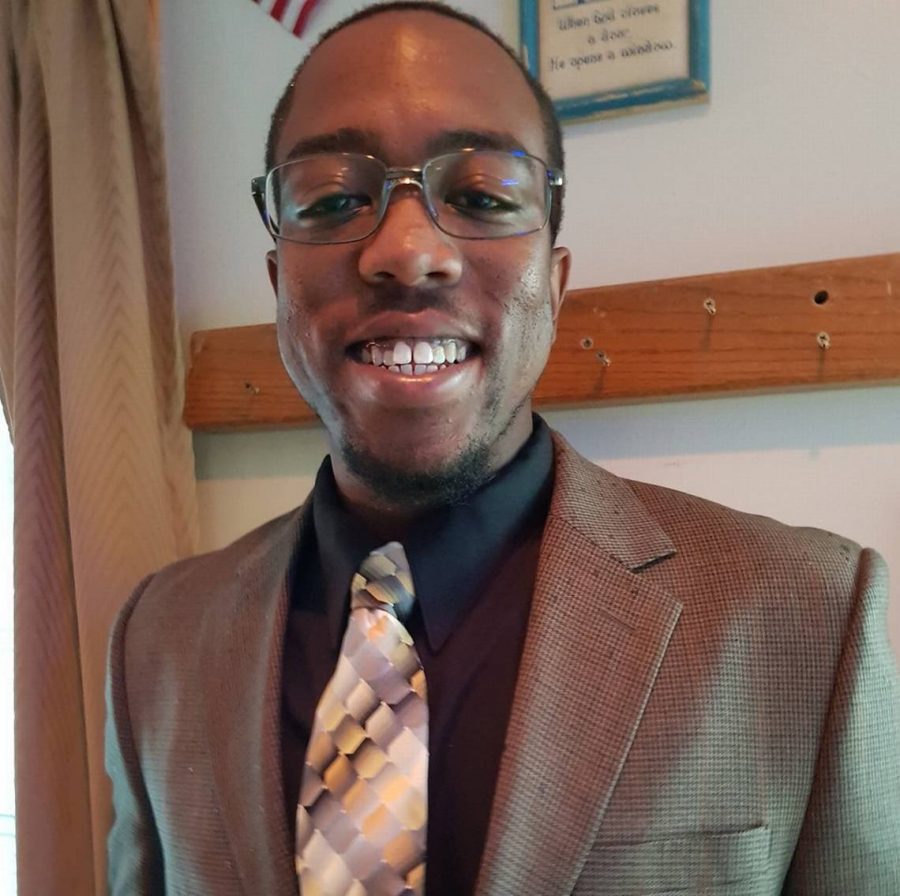 Joshua Atkinson, a 2008 graduate of Northeast High School, says he’s primarily running for mayor of Wichita to change the very school system in which he grew up.

Born in Louisiana to a military family, Atkinson spent the majority of his childhood in Wichita. He attended Black Traditional Magnet Elementary School, Brooks Middle School, and Southeast and Northeast high schools.

At Northeast, the district’s magnet high school, Atkinson emphasized in science — a subject he is still passionate about today.

“I was young and I wasn’t as ambitious or motivated as I am now,” he said. “I ended up just staying in school for a year and then leaving, not attending classes basically.”

Atkinson said it was difficult to find a job in his field after graduating from technical school, so in 2013 he began working in the sheet metal industry as part of Wichita’s Sheet Metal Workers Local Union No. 29.

Now, Atkinson works as a master HVAC mechanic for Ascension Via Christi.

“One of the big things that I want to be able to do, … is that I want to generate funding from state, federal ⁠— however I can ⁠— in order to make a project school that embodies what I want Wichita Public Schools to get up to,” he said.

Atkinson’s idea is to tailor the school’s curriculum to the career interests and needs of each individual student. For example, a student interested in culinary arts might fill their core science credits with courses pertaining to food science or nutrition.

He said his idea is to build a new school from scratch, but he would see it as a positive if he was only able to influence curriculum at currently existing schools.

“In our society right now, otherwise skilled individuals don’t have jobs in professions that they could have because they weren’t taught where they should apply their aptitudes,” he said.

He also said non-traditional subjects like martial arts or navigation have a place in public schools and offer real-life skills.

Having no past experience in an elected office or campaign, Atkinson admitted he is not highly familiar with the municipal government in Wichita.

“I say these things, and it’s not that I necessarily have a detailed plan or I have the Department of Education or the school board in my back pocket,” he said. “But I believe if I am elected into office, that means this is something people want, so I have no other duty or obligation [than] to get this done.”

Atkinson said he was inspired to enter politics after attending pro-union rallies and events in Colorado Springs while working on his apprenticeship.

“I felt like I could possibly persuade people or bring a positive change into people’s lives by talking to them about ideas that I had,” he said. “I thought that was a crazy concept.”

Other ideas suggested by Atkinson include free adult-education courses offered by the city and a public Wi-Fi network.