Darr: Cardi B performs Wichita set with the help of Cardi B 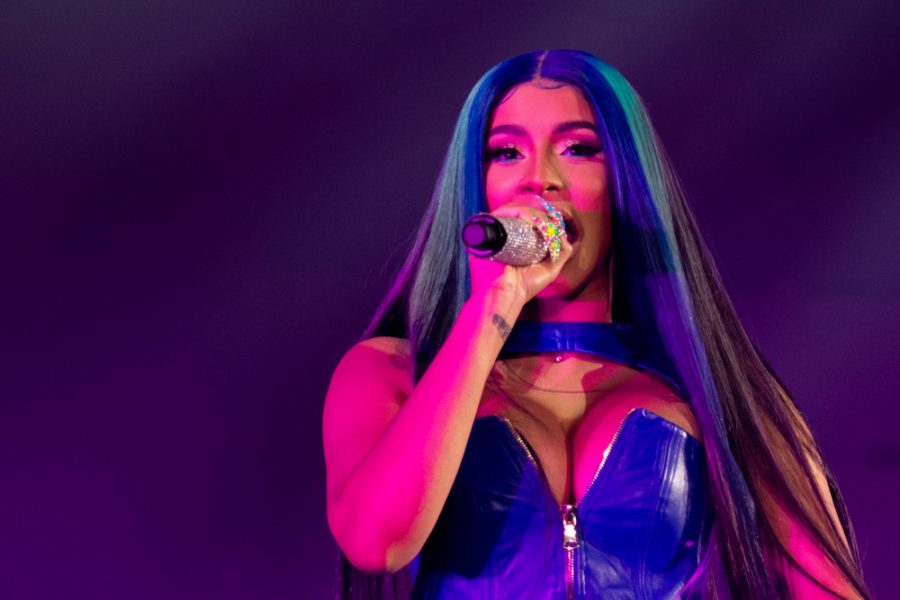 Cardi B performs a song on July 24 during her Wichita debut at INTRUST Bank Arena. The artist had trouble breathing a few songs into her set, but she continued the show after a quick wardrobe change.

Cardi B rose to hip-hop queendom through a remarkable force of will, catapulting herself from the strip club to reality television stardom to stadium stages off the back of two essential traits: talent and charisma. Literal fireworks could not steal the rapper’s spotlight as she tore apart Wichita’s Intrust Bank Arena last Wednesday.

Cardi fired up the stadium with single-verse renditions of hit after hit. Not one for downtime, Cardi filled the gaps with humorous addresses to the crowd that were so carefree and playful that they made the massive show seem intimate.

Massive pop-art visuals and a troupe of dancers brought welcome dimension to the set, but thankfully, they stayed well in the background as Cardi B ruled the stage.

Cardi’s set, however, is hopefully more than a sold-out one-night phenomenon.

While Wichita has long been a destination for major country and rock artists, its hip hop has remained a relatively local phenomenon. Excellent burgeoning artists like Marrice Anthony and rappers under Dotwav Records continue to rock venues around the city, yet the artists that inspire them rarely book a show within an hour’s drive of downtown.

Cardi B’s sold-out show could be the perfect cue for artists and venues to bring more major acts from other genres to Wichita. Inspiring and beautifully-constructed, the set acted a demonstration for what Wichita has been missing – musical variety in its biggest venues.

When she came to Wichita, Cardi B brought something that was desperately needed: a new and enthralling voice.

If the roaring crowd at the end of Cardi’s set was any indication, Wichita wants to hear more of them.

View photos of the concert HERE.