Construction to begin on Innovation Campus hotel next week 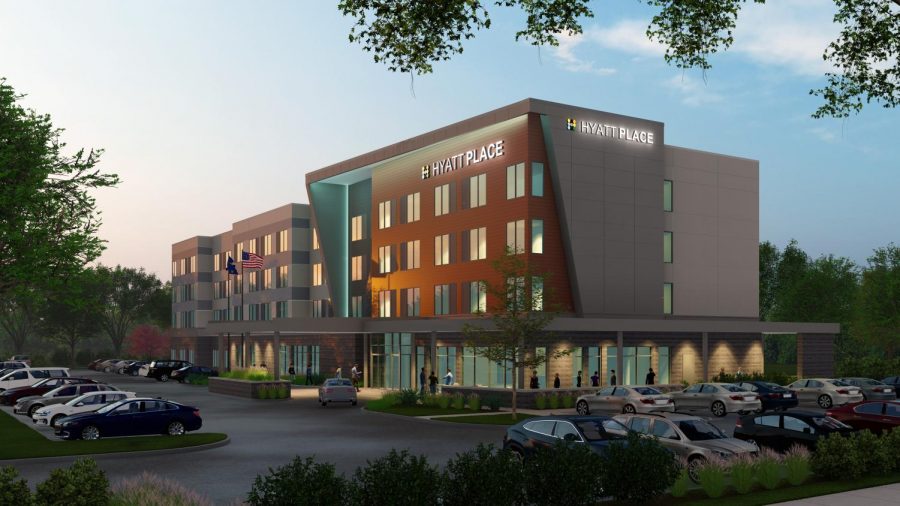 Rendering of the Hyatt Place hotel, set to be built on Innovation Campus.

Construction will begin next week on a 106-room Hyatt Place hotel on Wichita State’s Innovation Campus, according to a university press release.

The hotel is expected to be ready for occupancy in summer 2020.

Groundbreaking will be held next Thursday at 10 a.m. just west of Oliver on 19th Street, the release says.

The Hyatt Place is hotel management group Lodging One Hospitality’s first venture into the Wichita market. The project, which was announced last October, is privately funded.

Bobby Gandu, director of admissions and assistant vice president for strategic enrollment management, said the hotel could be a valuable recruiting tool.

“Having an on-campus hotel will give prospective students and their families an opportunity to get a more comprehensive introduction to campus, with the option to stay overnight and potentially experience evening campus attractions like athletic competitions, fine arts performances and dining and shopping at Braeburn Square,” Gandu said in the release.

The hotel will feature free Wi-Fi, fitness facilities, an indoor pool, meeting spaces and a restaurant and bar.

After late WSU President John Bardo outlined plans for Innovation Campus in 2014 — including a new business school, apartments, restaurants, shops and more — a 123-room Element by Westin Hotel was the first deal inked for Braeburn Square. After several false starts, the deal ultimately fell through.

When the Hyatt Place project was originally announced, plans called for a 110-room hotel set to open in spring 2020.