‘Once Upon a Time in Hollywood’: A reminder of the classics 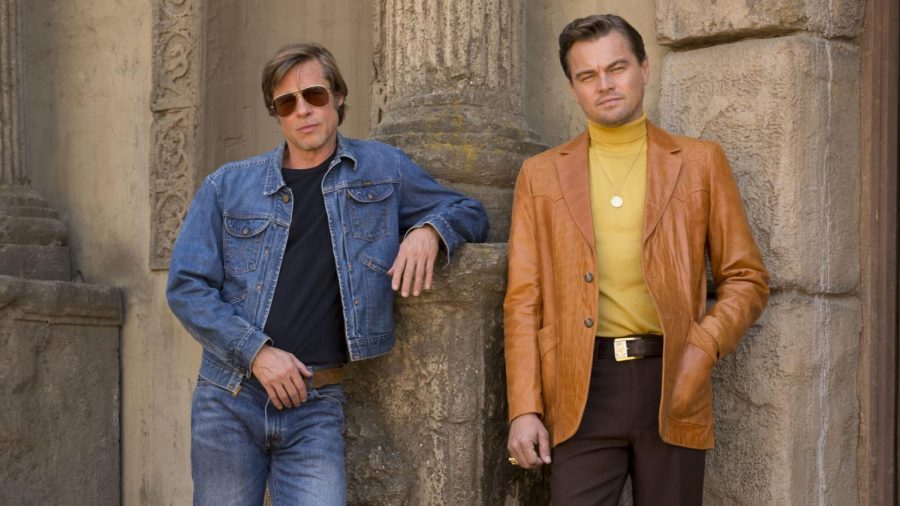 If you didn’t already know that Quentin Tarantino has a foot fetish, you will after watching “Once Upon a Time in Hollywood.” Watching a movie through Margot Robbie’s toes was an unexpected, yet surprisingly not unwelcome, experience.

Fans of the genre we call Tarantino will enjoy the well-developed characters, meandering plot structures, and devotion to period accuracy, but you might find yourself noticing the lack of gore and violence we’ve come to expect from the Tarantino classics.

The movie follows TV star Rick Dalton (Leonardo DiCaprio) and his stunt double Cliff Booth (Brad Pitt) as they navigate a changing Hollywood. Rick deals with feeling like a has-been, while Cliff tries to ignore that same feeling. The audience also gets an inside look at the life of Sharon Tate, a life often ignored due to the tragic nature of her death.

Tarantino gives us an homage to old Westerns and the golden age of television. It’s not necessarily a movie about the era so much as a movie about the movies of the era. Scenes of Rick and Cliff driving around Hollywood showing us the set designs, cars, radio shows, and more iconic staples of the era remind us of some of our Hollywood classics.

In his first film after winning an Oscar, DiCaprio gives a memorable performance showing us the devastation of aging in Hollywood. In true Leo-fashion, the best scenes are his phenomenal improv. Yet, he is topped by Pitt’s fantastic performance. Cliff’s relaxed demeanor, perfect timing, and quick wit bring the movie to life. It’s a refreshing reminder of Pitt’s talent that we haven’t seen in years.

Overall, “Once Upon a Time in Hollywood” is a must-see if you love movies — especially if you love old ones.

If you are just looking for an exciting thriller comparable to “Inglourious Basterds,” I wouldn’t recommend this three-hour, character-driven dramedy. It certainly has its moments of excitement, but the payoff might not be worth it for those who aren’t looking to invest in a complex story filled with even more complicated characters.