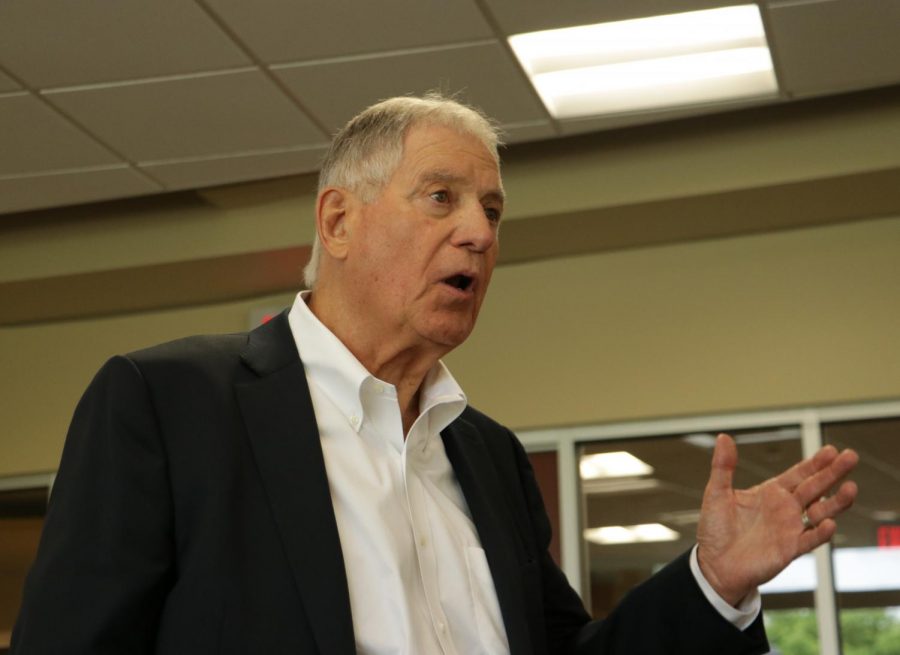 Members of the Wichita State presidential search committee will meet next Thursday to decide who will advance to a video interview for the next president of the university.

Committee Chair Steve Clark said those interviews will take place in early October and that eight to 12 applicants will be selected. Since the search process is closed, Clark is the only committee member allowed to speak publicly on its progress.

“We don’t want to be too restrictive, so if there are any strong feelings about a particular candidate, we’ll probably include them rather than exclude them,” Clark said. “We just have to see how that goes.”

“I spent all day Sunday and I only got halfway through them,” Clark said. “The committee has a lot . . . on their plate right now just digesting these applications.”

Clark also said in an email that the pool of candidates is strong.

“A large number of candidates with very impressive resumes have applied, which is a relief, as we were not that fortunate in the last search in 2012,” he said.

Clark also chaired the university’s 2012 presidential search committee that identified John Bardo as one of five finalists for the position before Bardo was selected by the Kansas Board of Regents. He is also the namesake of the soon-to-be-open Steve Clark YMCA and WSU Student Wellness Center.

Twenty members were selected for Wichita State’s presidential search committee, which include two student representatives. The members were appointed in May by KBOR.

The committee is expected to wrap up their work no later than Nov. 1, Clark said.

Earlier this year, Vice President of Strategic Communications Lou Heldman said the new president would be named before the Thanksgiving holiday.

KBOR will ultimately hold a vote on campus to decide who the next president will be from among the search committee’s pool of finalists.

Click here to see The Sunflower’s coverage of the 2019 presidential search.