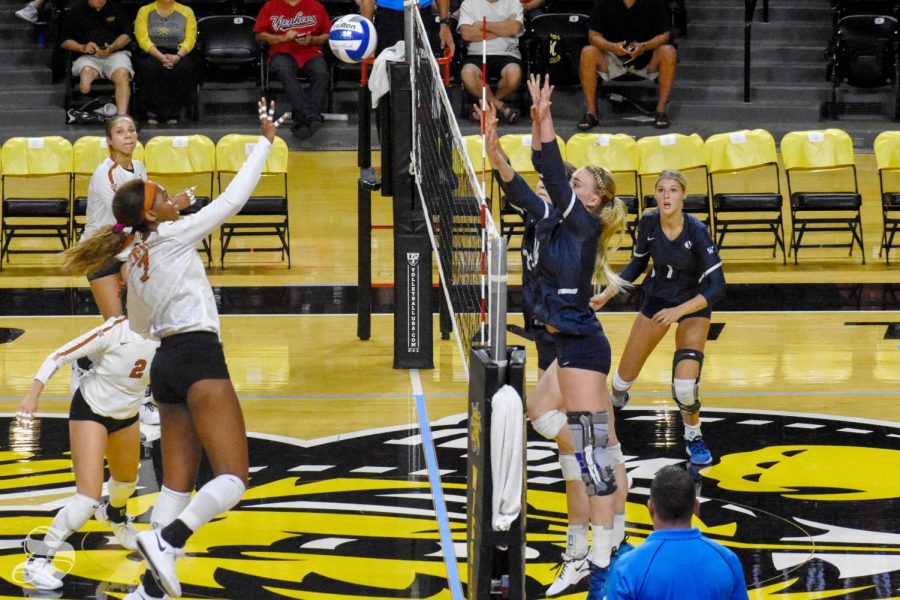 Texas' Orie Agbaji goes up for a kill during the Shocker Classic on Friday inside Charles Koch Arena.

No. 3 ranked Texas faced off against No. 13 BYU on Friday during the second day of the Shocker Volleyball Classic.

The Longhorns, who came into the match with a lone loss to No. 1 Stanford, defeated the Cougars 3-1 on the evening.

Texas was tested early when BYU took the first set by a score of 25-23. The Cougars capitalized off of four service errors by the Longhorns. They also forced three hitting errors in route to the victory.

BYU was led by McKenna Miller who recorded 15 kills. Whitney Bower had 43 assists to lead the Cougars.