Shockers swept by VCU, fall to 0-2 in Shocker Classic 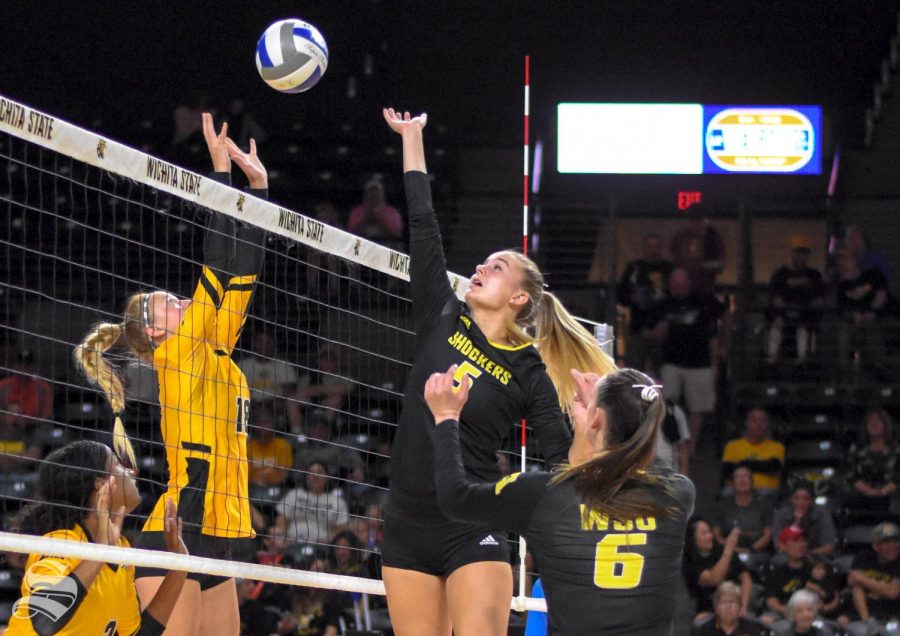 Wichita State freshman Kayce Litzau attempts to save the ball during the Shockers game against VCU on Friday inside Charles Koch Arena.

Wichita State was swept by VCU on Friday night, marking the second-straight loss in the Shocker Classic.

From the start, the Shockers were unable to get much going on offense or defense. In the first set alone, WSU allowed the Rams to hit .414 as a team. They also recorded five hitting errors and three service errors in route to set’s loss.

In the second and third sets, Chris Lamb’s team continued to struggle. At the intermission, WSU was hitting a low .186 compared to the Rams’ .527. The Shockers wouldn’t be able to recover in the third set neither.

As a team, the Shockers hit just .160 on the night, compared to the Rams’ .472. WSU would record 18 hitting errors and five service errors in the loss. Individually, freshman Sophia Rohling and Nicole Anderson led WSU with 7 kills each. Megan Taflinger finished with six kills of her own and Kayce Litzau led the team with 14 assists.

For the Rams, Gina Tuzzolo recorded a team-high 13 kills on .688 hitting.

The Shockers fall to 3-5 overall with the loss. Up next, the team will play No. 3 Texas at 7 p.m. on Saturday inside Charles Koch Arena.