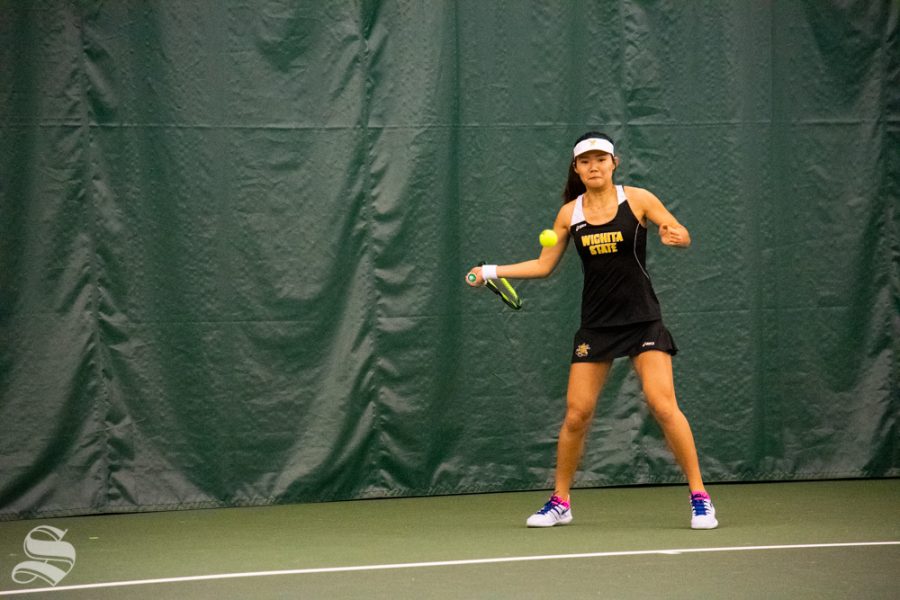 The Wichita State women’s tennis team participated in the Drake Invitational over the weekend. In the divisions, four out of the five final matches ended up being all-Shocker contests.

In doubles, every WSU pair made it into the finals of each bracket. Saravinoz Saidhujaeva and Esther Thebault defeated fellow Shockers Ting-Ya Hsu and LingWei Kong 8-4 in the “A” bracket, while Sandra Honigova and Marta Bellucco defeated Alexandra Lazarova and Natsumi Kurahashi 8-6 in the “B” bracket.

In singles, the Shockers continued their dominance in the tournament. In the “A” bracket, Thebault defeated South Dakota’s Jana Lazarevic in straight sets for a first place finish, while Saidhujaeva came back to defeat Creighton’s Kate Kreuger to place third. The singles “B” bracket saw another all-Shocker final with Lazarova beating Hsu in three sets. In the third-place match of bracket “B,” Kurahashi deferated Northern Iowa’s Natalie Lorentz in straight sets.

In the final for bracket “C,” Bellucco defeated Kong in another all-WSU  final.

In a statement to GoShockers, Head Coach Colin Foster said he was “pleased” with the results from the tournament.

“The players all did a good job to allow me to push them out of their comfort zones and grow in the areas we’ve been focusing on,” Foster said. “This weekend we had several matches within the team, and everyone did well to compete as though a tournament title was on the line, because it was.

“Regardless of who beat who, we all got better and hopefully that mindset will continue when we are back on the practice courts competing among ourselves.”