Arts and culture on the table at upcoming Wichita candidate forum 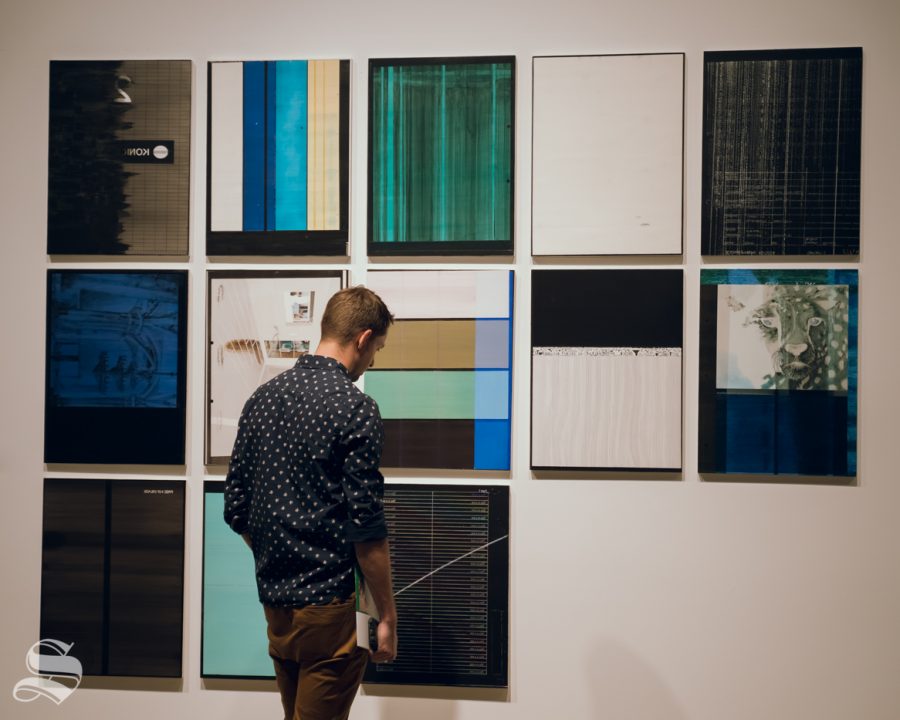 Sean Heaton takes a look at '13 Follies' by Hungarian artist Levente Sulyok. The Ulrich Museum of Art hosted an opening reception for the Fall exhibition on September 12, 2019.

Another month, another forum for Wichita’s political candidates — but this time, the focus will shift to arts and culture.

Candidates on the 2019 municipal ballot will gather Tuesday at Wave for a forum hosted by The Wichita Arts Council.

Mayor Jeff Longwell and challenger, Rep. Brandon Whipple, were invited to attend, along with candidates for city council and the USD 259 Board of Education. As of press time, all but fifth-district candidate Mike Magness have confirmed they will attend.

The event, now named the Wichita Candidate Forum, has been held every election cycle since 2015, headed up by Shannon Boone of the Wichita Arts Council.

“We’ve always had a pretty good turnout,” Boone said. “Our arts community here is pretty involved, and when they know that they can make a change or make some impact in benefitting the arts community, they tend to show up and ask questions and get involved, which is fantastic.”

This year, candidates for all three offices will take the stage at once, and will each have the chance to answer questions curated by the Arts Council. Answering order will rotate.

“Everyone gets an opportunity to speak without it becoming a debate,” Boone said.

Many of the questions will be based on topics submitted by community members. The future of the Century II performing arts center and funding for the arts in schools are two hot-button issues likely to come up this year, Boone said.

Longwell and Whipple kicked off the general-election debate season Sept. 10 with a debate broadcasted live on KMUW, followed by a student-led municipal election forum on Sept. 15.

Neither candidate spoke extensively on arts in the community, but issues like retaining Wichita’s young workforce and reducing crime rates — which were both discussed at length in the Sept. 10 debate — are inherently tied to public art, Boone said.

“Arts play a really big part in that quality of life aspect,” she said, “And in being able to reduce that crime rate, and recruit and retain talent and companies — get them to take root here versus somewhere like Tulsa or San Antonio or Dallas.”

The Wichita Arts Council has a history of pushing for public and citywide support of the arts since its founding in 1966. During the 2016 municipal races, the Sedgwick County Commission’s threat to cut funding for public arts was met by a rally of all organizations with funds at risk, led by the Arts Council.

The motion to cut city art funding was then overturned, Boone said. The council spearheaded a similar movement when CityArts — a community arts center in downtown Wichita — faced budget cuts.

“We were pretty successful in making sure our voices were heard and that funding was restored,” she said.

The forum is a similar avenue for the community to make heard their arts-related concerns — of which Boone said there are plenty.

“Within our arts community right now, we’ve had such a big groundswell of arts support, and it’s been a really big topic of conversation,” she said.

“We would love to have as many students as are interested come out and join us; that’s part of the reason we do it.”

Admission is free, and food and drinks will be available for purchase from Adios Nachoria inside the venue.

Question ideas from the community are welcomed, Boone said. Those suggestions can be submitted to [email protected]