New university plan adds $453,000 to faculty salaries, which are below market median 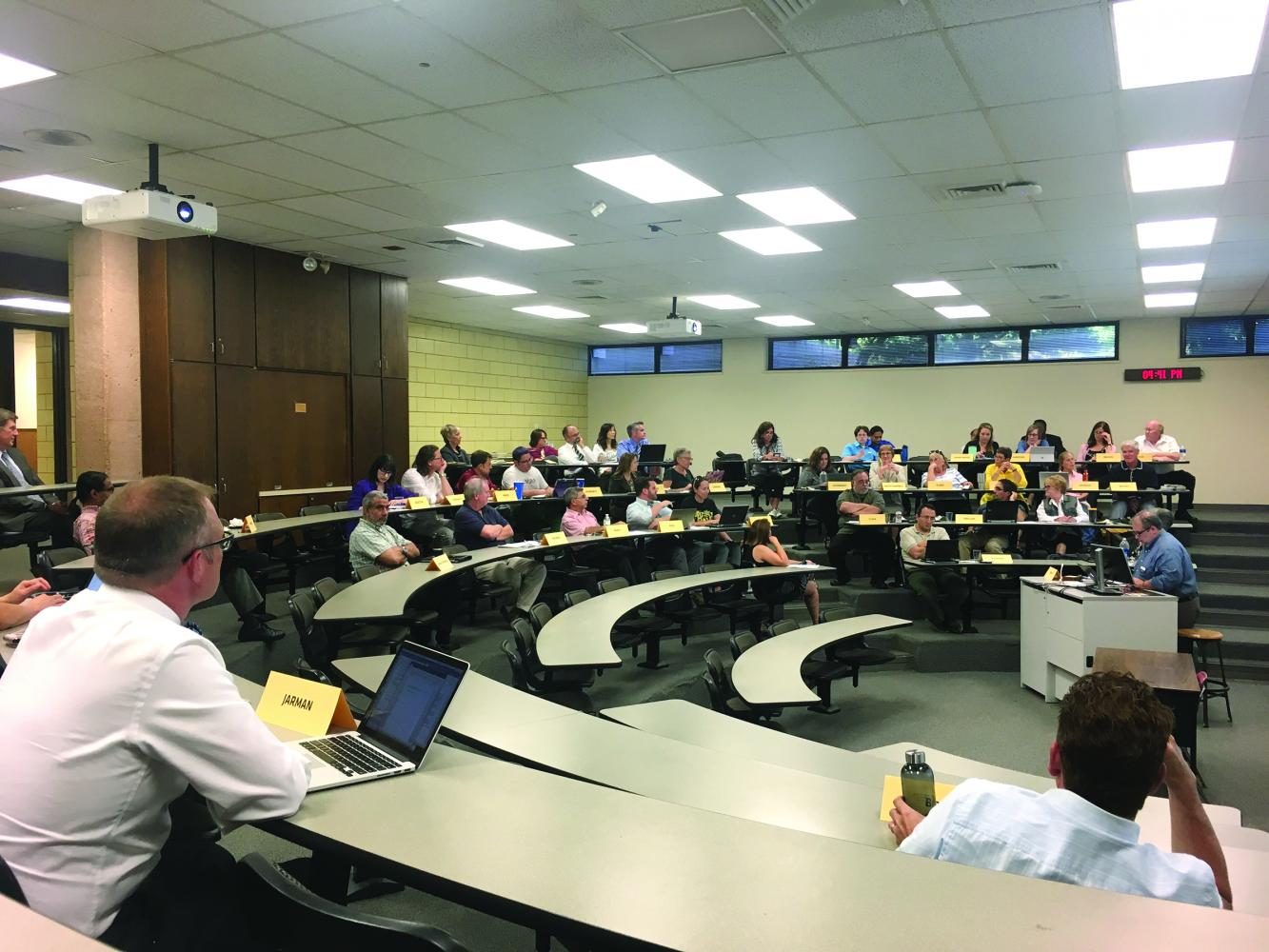 Rick Muma addresses the Faculty Senate at a meeting in 2017.

At the first weekly briefing of the semester, WSU Provost Rick Muma said the university had developed a plan to implement faculty salary increases.

The first phase distributed $1.5 million to Wichita State employees as the result of a recent pay raise adopted by the Kansas Legislature.

Academic Affairs distributed some funds for merit faculty increases, as well as adjustments based on market and equity, according to a university release. All unclassified professionals and university support staff hired before May 2019 received a 1.5% raise.

Muma said the second phase is the result of a  joint effort with the Faculty Senate to develop a market analysis of faculty salaries.

A Kansas Board of Regents report from January 2018 found that the state’s academics still make less than professors at competing institutions. The pay gap of more than $20,000 between WSU and competing schools was wider than that of any of the other five state universities in the report.

“[We have been] comparing [faculty salaries] to our peers and trying to make some adjustments and get people up closer to where they need to be,” Muma. said.

Those peers are other four-year public universities that spend about $250 million a year. This allows the university to compare faculty salaries with institutions that have a similar-sized faculty and budget.

“After doing the analysis, we found out that we needed to invest a million dollars, roughly, to get certain faculty to 80% of the market median,” Muma said.

Faculty members who fell below 80% of the market median received salary adjustments. Muma said that translated to an increase of about $453,000 for 148 faculty salaries across campus.

“The Faculty Senate — in working with myself and human resources, we came up with a plan, we did the data analysis, decided on the methodology we were going to use, and that was the result,” he said.

Muma said it’s been a while since the university raised this many salaries at once.

“The state hasn’t given us money in a very long time to [implement faculty raises]. And this year, we got some extra resources that helped us move this forward,” Muma said.

In the 2018-2019 school year, WSU had four top priorities. The faculty salary increase plan was one of the results of the priority to “evaluate new reward structures for faculty in teaching, research and service in light of the changing higher education landscape.”

The other three priorities were “advancing a culture of shared governance built on trust and integrity, supporting strategic enrollment initiatives, and innovat[ing] academic offerings for students seeking new degree options or alternative credentials.”