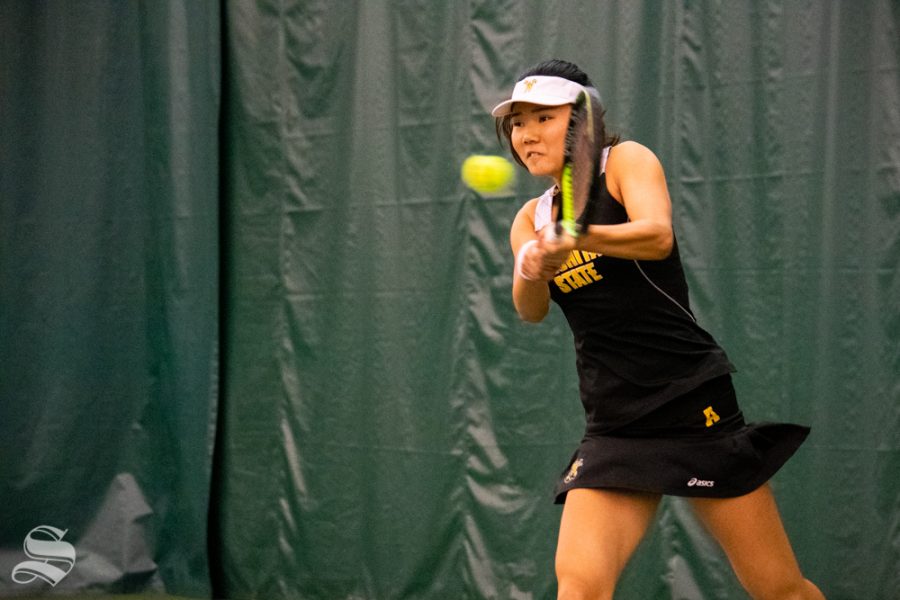 In singles play, Dellien was victorious against Omaha and North Dakota University before ultimately falling to a player from Omaha, but he earned second place in Flight A. Dellien’s doubles partner, Serra, was also a runner-up, as he defeated Doane and Creighton in Flight C.

In total, the Shockers had all of their players place in the top four for singles play.

Up next, the men’s tennis team will travel to Tulsa, Oklahoma, to participate in the ITA All-American Championships from Oct. 5-13.

On the women’s side, the Shockers also came home victorious in doubles play, with Sarvinoz Saidhujeva and Esther Thebault defeating Stephen F. Austin 6-4 to claim the title.

Alexandra Lazarova and Natsumi Kurahashi also advanced to the finals of the white doubles draw, but the final was split so another school’s pair could be faced. Lazarova and Kurahashi ended up falling to SFA in the finals.

In singles matches, Lingwei Wong fell in the semifinals against the host, SMU. In the extra matches, Saidhujeva and Thebault both came out on top over SMU and SFA, respectively.

The Shockers will next travel to Norman, Oklahoma, for the ITA Regional Championships form Oct. 17-22.