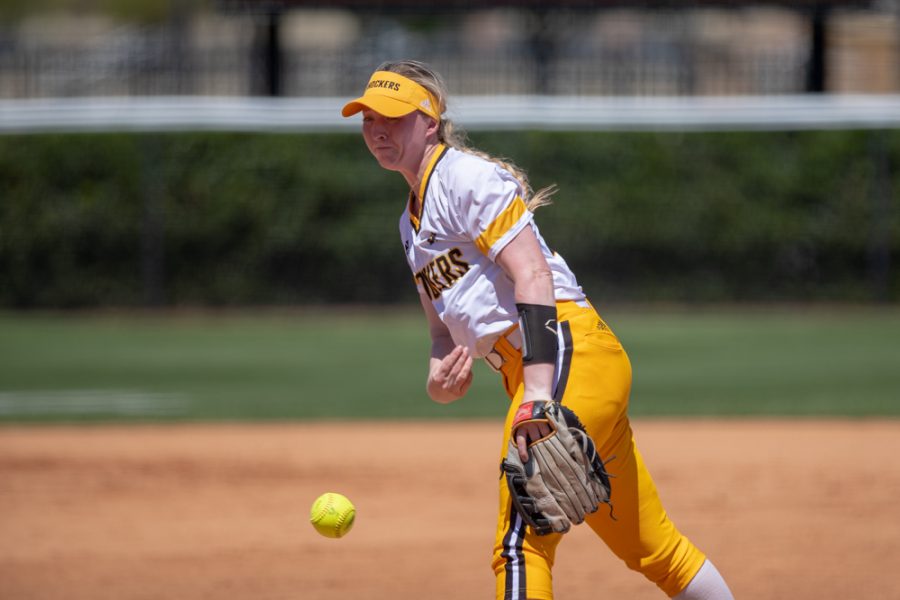 Wichita State softball improved their fall season record to 4-1 over the weekend with victories over Crowder Community College and Emporia State. The Shockers topped the Roughriders 17-5 Saturday and dispatched of the Hornets 5-1 Sunday.

The Shockers’ lone loss of the fall season came at the hands of Oklahoma State last week.

“I just think we got a lot of different spots covered depth-wise. You know, we got a really solid-hitting outfielder, we got a good pitcher, two good middle infielders, a great catcher.” Bredbenner said.

She said the team will only get better as they continue to hone their potential.

“You see the growth, the potential in their future,” she said. “To me, the best thing about it so far — in just a couple weeks, they’re already starting to look a little bit better.”

Freshman Bailey Urban hit a two-run home run in the first inning against Crowder, adding another RBI in the next inning as the Shockers jumped out to a 5-0 advantage.

“Bailey Urban, who gets up there in the first inning and just crushes one out of the ballpark — you’re pretty excited about that, because you know that she still has four years left of work,” Bredbenner said.

Urban is no stranger to big hits. During her high school career at Millard South in Omaha, Nebraska, Urban tallied a total 115 hits with 16 home runs.

After Emporia State put the first run on the board Sunday, Shocker pitchers Bailey Lange, Mckenzie Weber, and Erin McDonald combined to hold the Hornets in check on the way to the 5-1 victory.

Bredbenner said her team’s commitment could be their key to success.

“I think they are all here and ready to learn,” Bredbenner said. “They are all brought into what Wichita State softball is all about and where we need to be.”