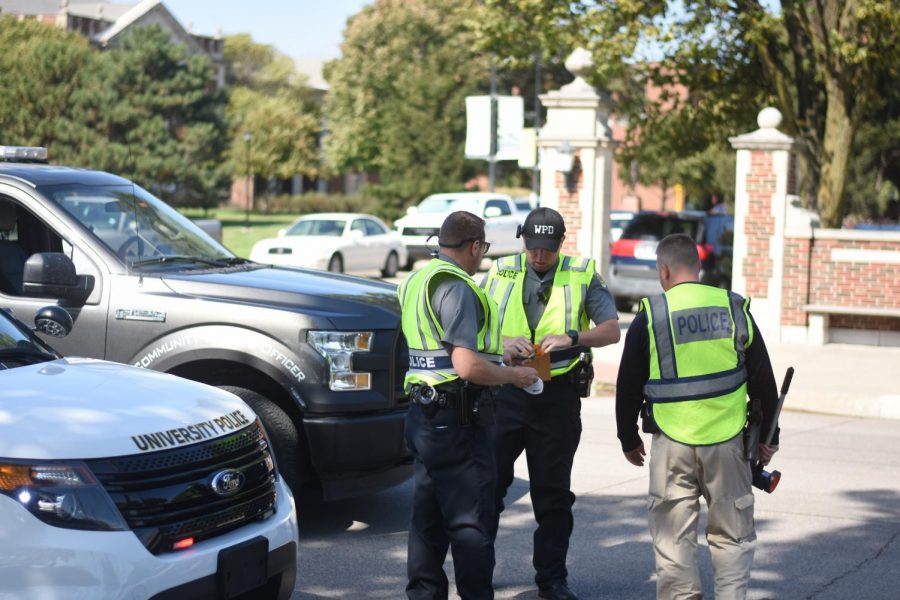 Wichita State Police and Wichita Police responded to a pedestrian-vehicle hit and run at 17th and Fairmount 1 p.m. Wednesday.

A Facebook post by Shocker Rowing identifies the student injured in a hit-and-run accident as senior Olga Navarro Ochoa, a member of the rowing team.

The accident happened last Wednesday at the intersection of Fairmount and 17th Street.

A tweet sent out by Shocker Rowing on Sunday said that Ochoa is “recovering well from injuries but will be in the hospital several more days.”

Officials located the driver that hit Ochoa last week, but charges have not yet been pressed amid an ongoing investigation.

After the investigation is complete, Officer Charley Davidson said the Wichita Police Department will hand its findings to the Sedgwick County District Attorney’s Office, which will make a charging decision.

Ochoa was not using the crosswalk directly east of the intersection, according to police.

The accident also happened a day after the annual campus safety walk, at SGA senators suggested more crosswalks on 17th and 21st streets.

ORIGINAL STORY, Wednesday, Oct. 9 Officials say a student was transported to a hospital in critical condition after a hit-and-run accident Wednesday afternoon at 17th and Fairmount.

The student was crossing 17th Street at Fairmount around 1 p.m. when they were hit by a red, “smaller” car, said Wichita State University Police Chief Rodney Clark.

Clark said that the car was either a Toyota or Honda sedan based on video evidence he had seen.

The student was not using the crosswalk that is east of the intersection, according to the officers on scene from the Wichita Police Department.