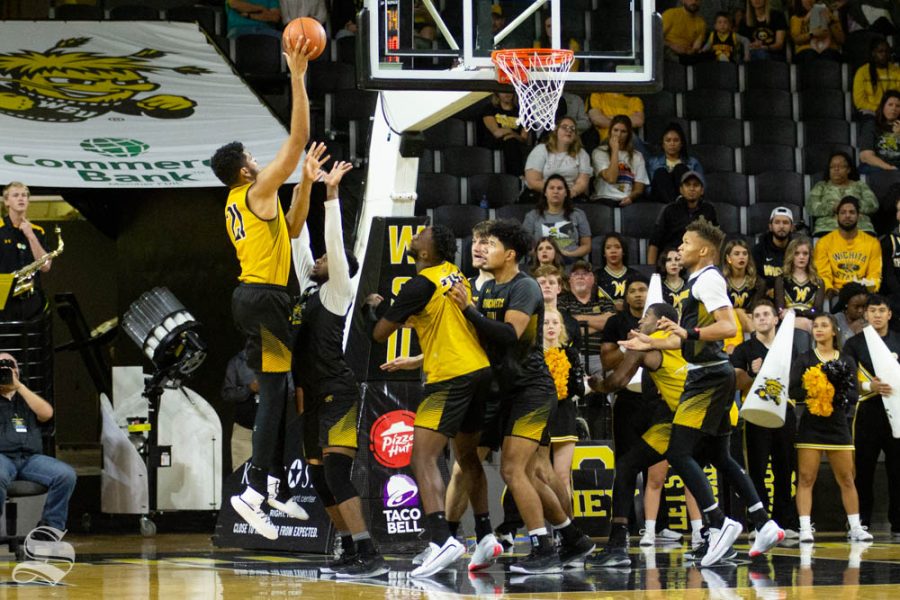 Wichita State senior Jaime Echenique goes up for a hook shot during the Black and Yellow Scrimmage on Saturday inside Charles Koch Arena.

The American Athletic Conference released their preseason on Monday, and coaches picked Wichita State to finish fourth out of 12 teams.

The Shockers are coming off a hot streak at the end of last season when they won 14 out of their last 18 games, which propelled them to the semifinals of the NIT in New York City. Gregg Marshall brings back seven key players from that team into the upcoming season.

After being the team of inexperience last season, the Shockers main core still consists of 10 underclassmen with three upperclassmen–Jaime Echenique, Asbjørn Midtgaard and Trey Wade.

The Memphis Tigers and Houston Cougars tied for the top spot in the rankings with 113 points each. Houston received seven first place votes to Memphis’ four. Cincinnati, who brings back the reigning AAC Player of the Year Jarron Cumberland, was picked to finish third. Defensive-minded South Florida was picked right behind the Shockers in the fifth spot.