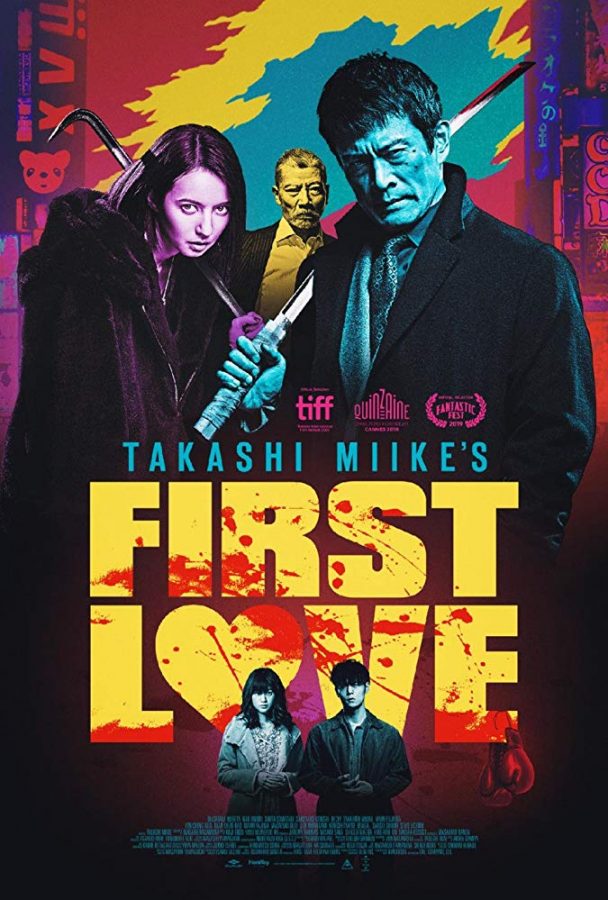 What do you get when you mix a smiling, decapitated skull, corrupt cops, a boxer, a prostitute, a whole lot of MDMA, the yakuza and a kung fu film together? A love story by Japanese filmmaker Takashi Miike.

“First Love” or “Hatsukoi” is a shockingly violent love story about a boxer who is diagnosed with a death sentence of a brain tumor and the woman that he accidentally saves from a life of forced prostitution. It may not sound like it, but at its heart, “First Love” is a sadistically funny tale about dumb criminals getting innocent people wrapped up in their crossfire, while also setting a violent path in motion that will change every character’s life forever.

It’s a hodge-podge of ’90s Tarantino-like plots (“True Romance” and “Pulp Fiction”), but where the film really shines is its expert cinematography, its wicked sense of humor and its quiet moments which tackle its love story. As the film nears the end, however, it rarely gives its characters, or the audience, room to breathe as the over-the-top violence takes over in long, drawn-out scenes of bloodshed. When the last drops of blood fall, the film also meanders in unnecessary vignettes that show our lead characters changing their lives around, which were storylines that were far better left implied.

Miike has made over a hundred films in his career. While I have never seen another of his films or heard of him before Tallgrass 2019, “First Love” made me want to go back and explore this auteur’s filmography the next chance I get.