Editorial: A new president deserves to have their own vision 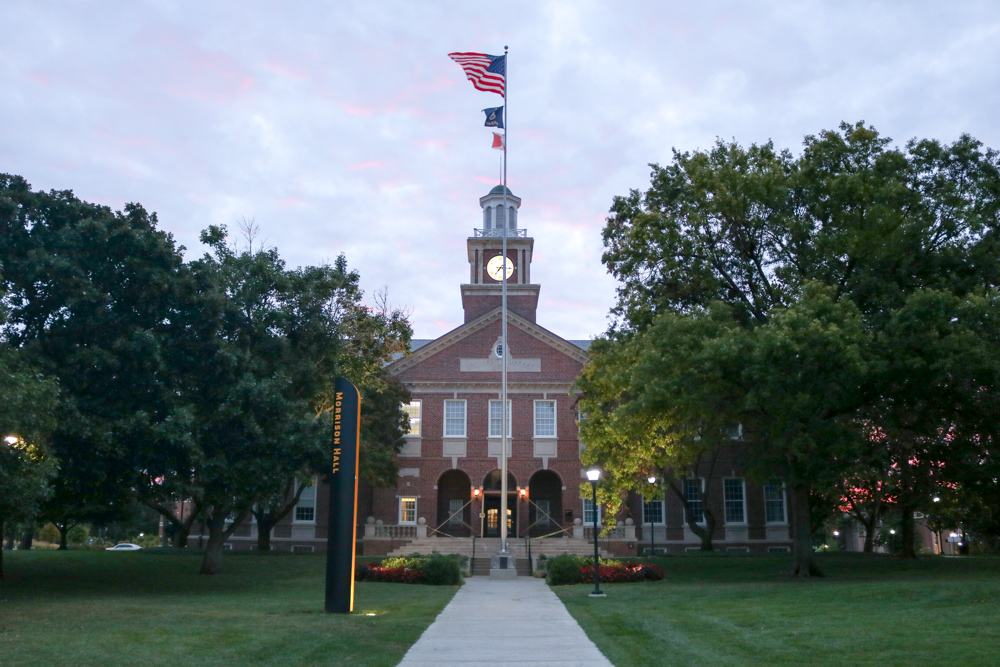 Morrison Hall on the campus of Wichita State University.

The search for Wichita State University’s next president is coming to a close. The Kansas Board of Regents is in the process of choosing the best candidate for the job from a shortlist of finalists.

They’re looking for someone who, according to board chair Shane Bangerter, will “fully implement” late President John Bardo’s vision to grow the Wichita and Kansas economies and “provide the labor that we need.”

As admirable as it is for WSU to want to play the role of economic driver, that must take a backseat to providing students a preeminent education. A state university’s job isn’t to cater to private industry.

As Interim President Andy Tompkins put it frankly, “At the end of the day, this is about the students.” The Regents would be wise to bear that in mind.

President Bardo had ambitious plans for the university. But his vision of an ever-expanding campus didn’t always resonate with students.

The Shock the Future referendum, an initiative that aimed to raise student fees to pay for the rest of a new business building, was voted down by a slim majority last semester. Even if only a fraction of the student population voted, an opinion was delivered: current students don’t want to pay for shiny new buildings they may or may not ever step foot in while current buildings fall farther into disrepair.

In a long, roundabout way, what we’re saying is this: Wichita State does not need another president with John Bardo’s vision. A new president should bring their own outlook to the job.

Great effort has been put into making this presidential search as secret as possible. In keeping with unfortunate recent history, the Regents have not released the names of any candidates being considered for the job.

The public has no chance to thoroughly vet candidates. WSU’s new president could step on campus for the first time the day they’re handed the keys to the President’s Residence.

Regardless of cost or convenience, transparency sends a clear signal that those involved in the search have nothing to hide. This search leaves plenty to be desired.

By not allowing students, staff, faculty, and the public at large to meet finalists, the Regents leave us to despair and worry, not hope and wonder.

We worry because we won’t know anything about the new president’s background before they’re announced. We worry because there have been 13 white men as president of this campus, and there is only so much perspective they can offer future generations of Shockers that we haven’t already received.

At least there are women on the Board of Regents. We could benefit from that kind of leadership on this campus.

With diversity comes new perspectives and new ideas. What is most confusing about this process is that Wichita State supposedly prides itself on the diversity of its students. What Wichita State does not like to mention is the poor retention of Latinx and Black students.

While having a president with a different skin color may not solve that issue directly, it would at least show that WSU as an institution is willing to embrace that diversity at all levels.

But the Regents seemingly aren’t focused on a new vision or perspective. As mentioned earlier, they plan on choosing a president who will “fully implement” Bardo’s vision. Does that mean they would pass over a candidate with a fresh, dare we say “innovative” approach?

How do the presidential candidates feel, knowing that their qualifications and accolades are meaningless if they don’t conform to Wichita State’s status quo? Who wants to be hired to finish someone else’s job?

The Kansas Board of Regents should take a look inward after this presidential search is over. It’s time to bring some transparency back into the process of picking universities’ leaders. It’s time to pick presidents who are allowed to think for themselves.